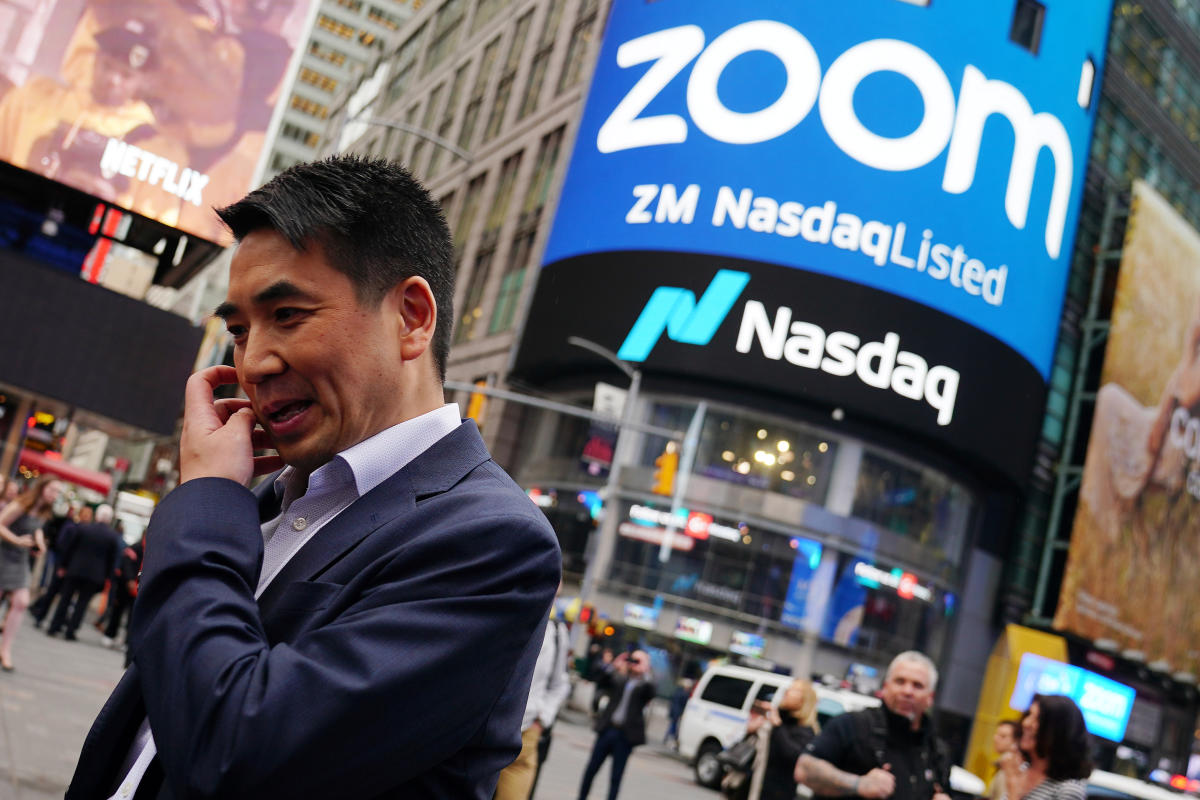 Video conferencing giant Zoom (ZM) reported quarterly earnings on Monday, beating analysts’ expectations and revising its full-year guidance. Shares of the company soared as high as 18% in after-hours trading, after getting pounded this year.

Here are the most important numbers from the report compared to what analysts were expecting in the quarter, as compiled by Bloomberg.

Shares of Zoom were up more than 18% after the report.

Zoom was a stay-at-home darling during the onset of the pandemic with revenue growth exploding quarter-over-quarter as businesses, schools, and governments took to remote video chats to keep employees, students, and constituents connected.

Zoom has been expanding its offerings into new categories beyond video chat including a customer contact center business that rolls video, voice, SMS, and chat into a single platform. But Piper Sandler senior research analyst James Fish says that’s not going to push the company too much anytime soon.

“There isn’t a whole lot of excitement at this point,” Fish told Yahoo Finance. “Contact center could be that exciting thing, but when you look at the contact center market, that can take a year or so for some of those deals to work their way through the pipeline.”

“The fact is, if you’re not on Zoom by now, you won’t be adding it too much in the future,” he said.