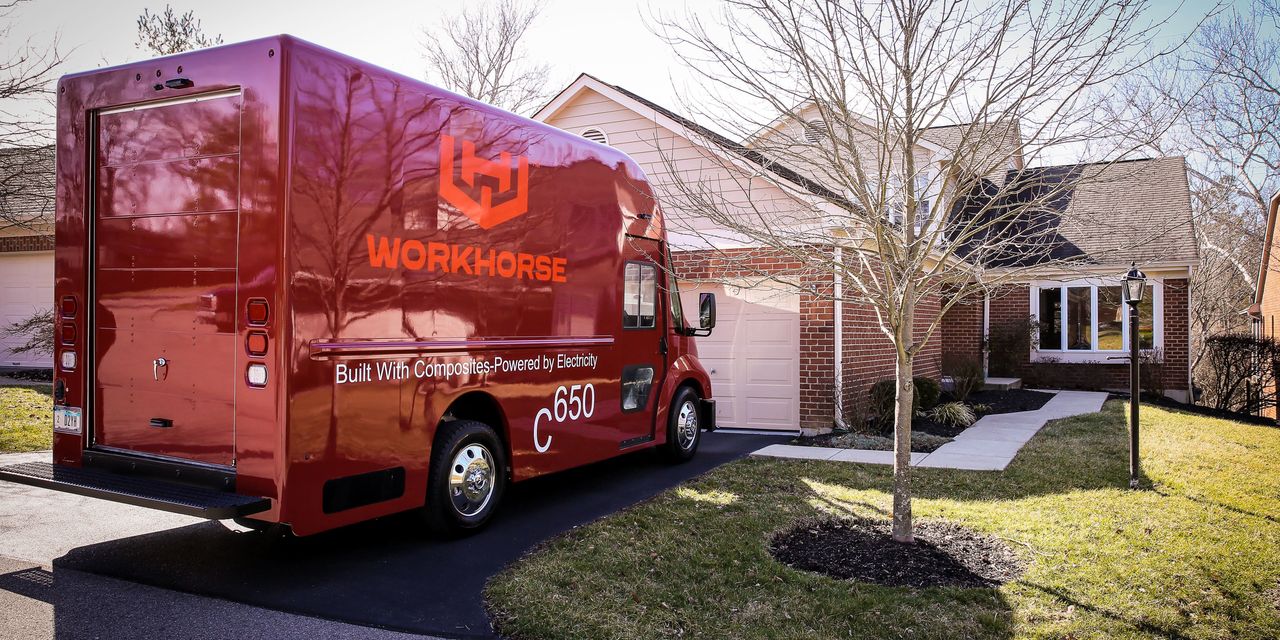 stock tumbled on Tuesday after the electric-van manufacturer said it expects to sell fewer vehicles than previously expected and cut its revenue guidance for the full year.

(ticker: WKHS) said in its second-quarter earnings release that “assuming supply chain lead times remain unchanged,” it now expects to manufacture and sell between 150 to 250 vehicles in 2022, which would generate between $15 million to $25 million worth of revenue. Workhorse had previously said it expected to manufacture and sell at least 250 vehicles in 2022, which would have generated at least $25 million.

Workhorse also reported sales for its second quarter ended June 30 of $12,555, compared with $1.2 million in the same period last year. The company said in the earnings release that the decrease in net sales was “primarily due to a decrease in vehicle sales.” For the quarter, Workhorse posted a net loss of $21.2 million, which was wider than analysts’ expectations of a loss of $18.5 million.

“Our results demonstrate the steady progress our team is making as we execute on our product roadmap, invest prudently in our operations and preserve our financial position, which will allow us to deliver enhanced value to our customers and shareholders,” Workhorse Chief Financial Officer Bob Ginnan said in the company’s earnings release.

Workhorse hired a new vice president of sales and marketing for commercial vehicles, who will start in September, the company said. Workhorse also said that it onboarded five “principal engineers” including a chief engineer for the company’s aerospace business, and added four “automotive industry veterans in purchasing, transportation and logistics and supplier development roles.”

Write to Angela Palumbo at angela.palumbo@dowjones.com