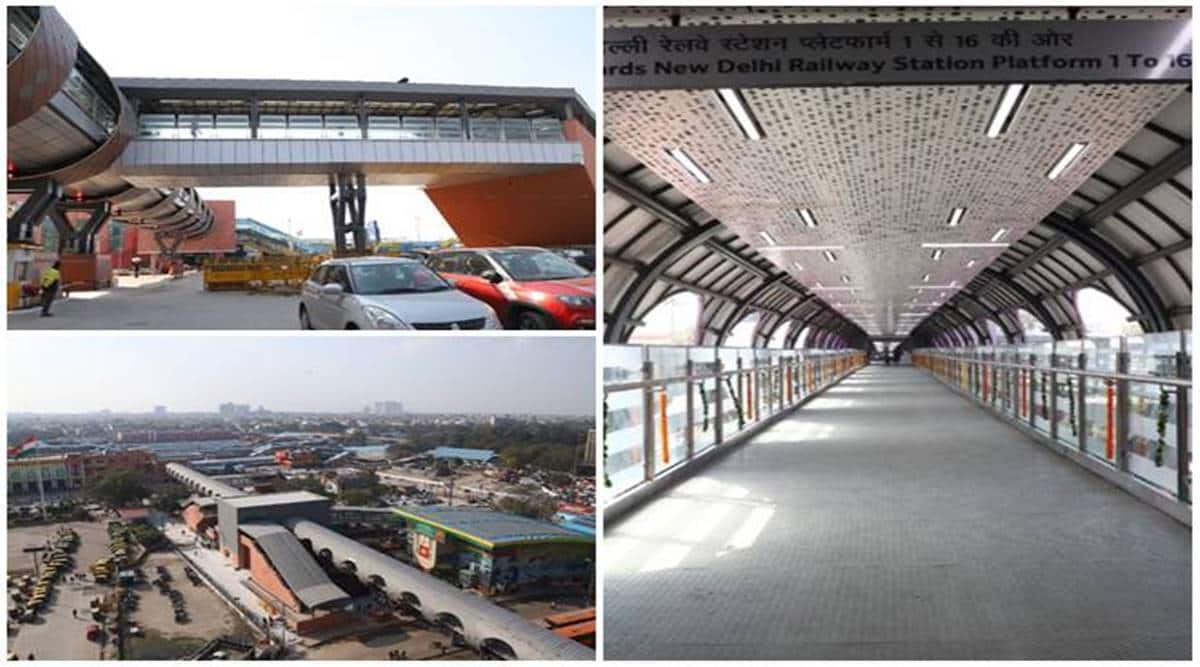 Other than providing seamless connectivity, the new skywalk will also help in streamlining the traffic flow on the station’s Ajmeri Gate side.

The work on a dedicated skywalk, which is being constructed by Delhi Metro Rail Corporation in collaboration with the Northern Railway zone, for providing seamless connectivity to travellers between one of the busiest hubs of NDLS and metro stations of New Delhi on Yellow Line and Airport Express Line is almost over. According to Delhi Metro, the dedicated skywalk is going to be thrown open for the public soon. This newly built Skywalk is an extension of the FOB inside the Railway station and it connects the station’s Ajmeri Gate Side with the New Delhi Metro stations of Yellow Line and Airport Express Line including the multi-level parking side across Bhavbhuti Marg through various entry and exit points.

Other than providing seamless connectivity, the new skywalk will also help in streamlining the traffic flow on the station’s Ajmeri Gate side. The dedicated Skywalk has been equipped with six escalators along with facilities like CCTVs, ticketing counter, toilets, signage as well as a DMX controlled autonomous lighting system. The skywalk has been beautifully designed as it has an integrated escalator as well as stairs reminiscent of Jantar Mantar consisting of Agra Stone Cladding. According to DMRC, the main bridge and arms branching to the entry and exits, escalators as well as underground line are nearly 242 metres in length.

This unique skywalk’s construction, in a hub witnessing significant traffic, was a major engineering challenge including the disruptions posed due to the COVID-19 pandemic. The structure had to be developed above a functional metro station that is underground, only 3 metres below with major traffic movement on Bhavbhuti Marg. Also, the bridge had to be linked to two pre-existing building structures at the far ends ensuring minimum inconvenience to the public, infrastructure as well as other buildings nearby, the Delhi Metro Rail Corporation stated.