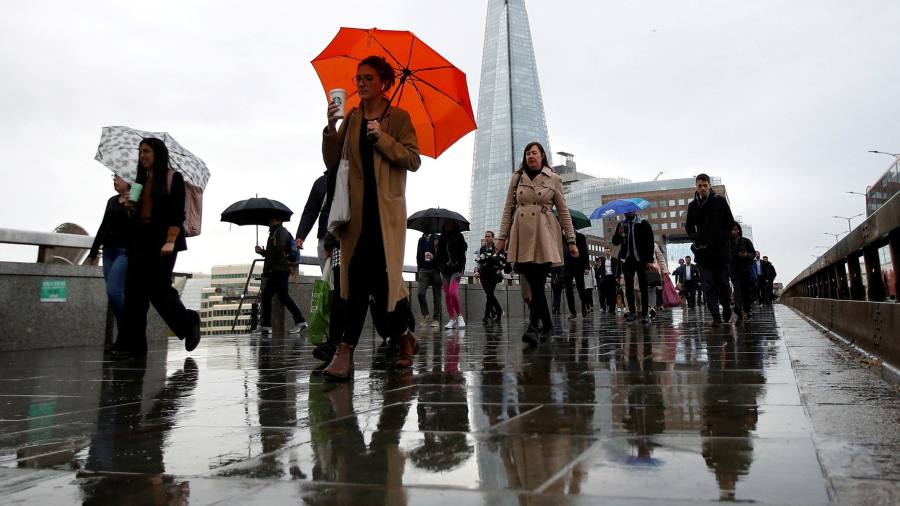 The UK jobs market held steady in September even as the economy slid towards recession, according to official data.

The employment rate was unchanged on the quarter at 75.5 per cent in the three months to September, Tuesday’s figures showed, while the unemployment rate of 3.6 per cent remained near multi-decade lows, although it had edged up slightly from the previous month’s reading of 3.5 per cent.

The Office for National Statistics said increasing numbers of businesses were holding back recruitment because of economic pressures, but the number of vacancies remained near historic highs at 1,225,000 in the three months to October.

This is partly because the UK’s workforce remains smaller than it was before the pandemic, with no sign in the latest data of those who have dropped out of work returning.

The ONS said 21.6 per cent of the working age population was economically inactive — neither in a job nor looking for one — in the three months to September, which is 1.4 percentage points higher than before the pandemic.

With living costs rising and fewer people available to work, employers have had to offer higher pay to fill vacancies, even though earnings have still not kept pace with rising prices.

The ONS said growth in average total pay held steady at 6 per cent in the three months to September, while growth in regular pay — excluding bonuses — strengthened to 5.6 per cent. Despite this, real-terms falls in pay were still among the largest seen since comparable records began in 2001, the ONS said.

Jeremy Hunt, chancellor, said low unemployment was “testimony to the resilience of the British economy” but added that inflation was “eating into paychecks and savings”.

The chancellor made it clear in comments over the weekend that he saw the UK’s shrinking workforce as one of the main challenges facing the economy, because it would hold back economic growth while adding to wage pressures that could make inflation more persistent.