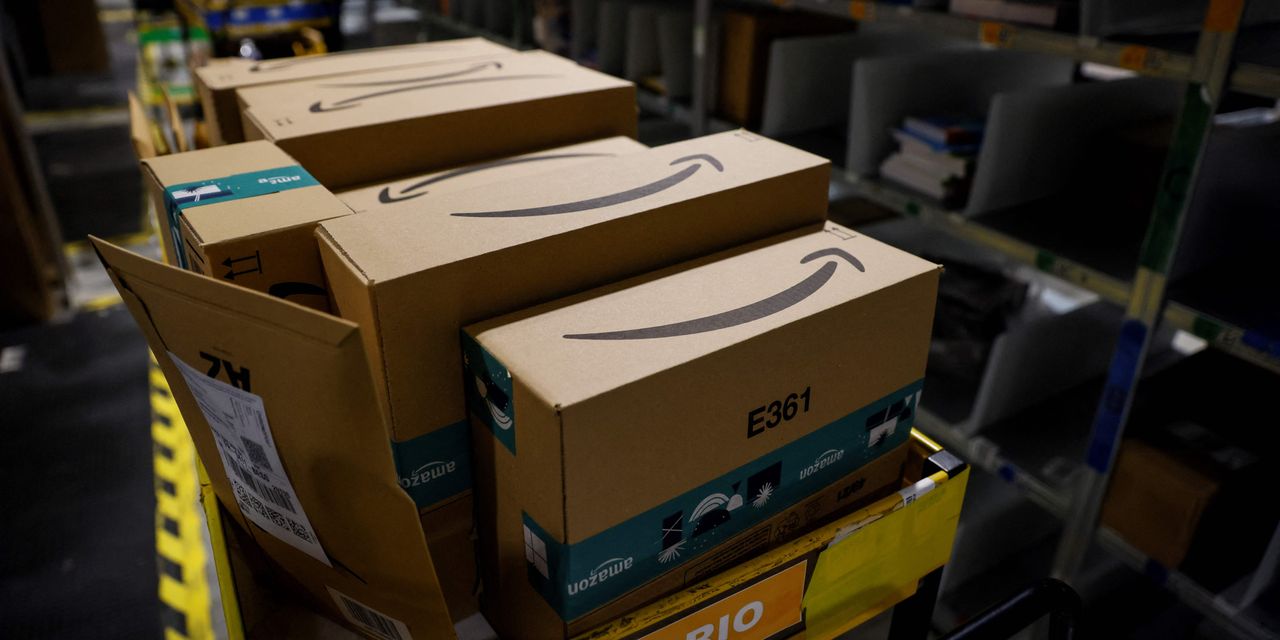 Web Services just might be the most valuable business on Earth.

And the most undervalued.

Clearly, the optimistic view of the long-term potential of AWS isn’t reflected in the current valuation for

stock (ticker: AMZN), which has fallen 35% so far this year and more than 40% since its November peak. Now valued at about $1.1 trillion, Amazon shares have been hurt by a combination of factors which go well beyond the general market malaise.

The performance of the company’s e-commerce business, which boomed during the darkest months of the pandemic, has fallen short of investor expectations in recent quarters, as some shoppers returned to physical stores. Amazon has conceded that as it built out resources to respond to soaring pandemic-era demand, it overexpanded its logistics infrastructure and staff, inflating costs. The company continues to face intense regulatory scrutiny while dealing with the spike in fuel costs and contending with ongoing battles from unions looking to organize Amazon’s workforce.

And yet, in the company’s cloud business, Amazon has created what is arguably one of the world’s best growth businesses—one that’s still in its infancy.

In a 128-page report launching coverage of the cloud sector, analyst Alex Haissl of the U.K.-based research firm Redburn asserts that AWS is worth $3 trillion. He’s not quite as wildly bullish about

Microsoft
’s
(MSFT) Azure, but nonetheless thinks that business is worth $1 trillion, or about half of Microsoft’s current market cap.

In the report, Haissl launched coverage of both Amazon and Microsoft with Buy ratings. He sees more limited opportunity for two other key players in the cloud business, picking up the data warehousing and analytics company

(SNOW) with a Neutral rating and database software company

A weekly guide to our best stories on technology, disruption, and the people and stocks in the middle of it all.

The analyst thinks the cloud companies can sustain high growth for much longer than the Street generally expects, pointing out that his estimates for AWS on average are 20% above consensus for the next five years. At some point, Haissl adds, Amazon could decide to separate AWS from the rest of the company.

“The journey of cloud computing has only just started, a fact that can be difficult to believe after a period of strong growth,” he writes. “The cloud is complex, which makes it challenging to get to the bottom of what is really going on.” He contends that the three primary cloud providers—AWS, Azure, and

“Modern cloud architectures have central storage, known as ‘data lake,’” he explains. “On top of the data lake are many connected services, including databases, data warehouses, big data processing and machine learning, among others. The architecture is flexible, and its implementation varies among companies.”

The analyst reports that Amazon’s data lake service, known as S3 (or Simple Storage Service), stores more than 100 trillion data objects—more than 13,000 on average for every person on the planet. He estimates that S3 alone is a business worth $1.5 trillion, about the current market cap for Google parent Alphabet. Haissl thinks S3 can generate better than 40% annualized growth through 2030.

He also points out that all three cloud infrastructure providers offer tools on top of their data lakes to effectively use the information stored. “The strength of AWS, Azure and GCP,” he says, “is that they have all the tools customers want.”

Haissl also observes that while AWS, Azure, and GCP appear similar on the surface, there are considerable differences under the hood. Amazon and Google have their roots in distributed systems, big data applications, and machine learning. Microsoft’s strength, he says, is in older technologies, like the company’s SQL server database technology.

As for Snowflake and MongoDB, the Redburn analyst simply sees their opportunities as narrower than the Street consensus view, in particular given that the cloud vendors control the data lake and offer many applications on top. “Snowflake and MongoDB have their core strength in one area, which limits their ability to build an ecosystem. There is upside, but the market is likely too optimistic on it,” Haissl writes. He also has concerns about the large impact of stock-based compensation on both Snowflake and MongoDB.

“The problem is two-fold,” the analyst writes. “Firstly, the valuation consideration and how shareholders get diluted. Secondly, the broader implications for the business and cost structure. In a scenario where the stocks stay low for longer, employees might demand higher salaries, which has far-reaching implications for the margin potential of the business.”