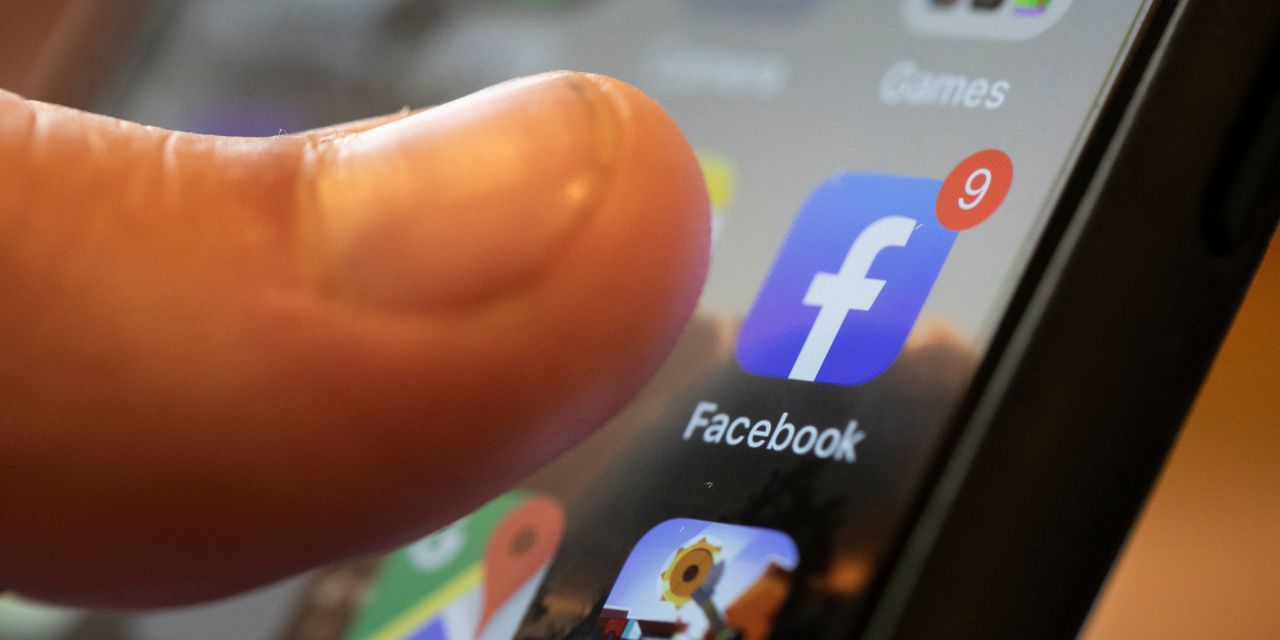 Dogged by competitive and macroeconomic threats, Meta Platforms Inc. is sinking down the ranks of the largest U.S. companies.

for the first time since the start of August. Meta, the parent company of Facebook and Instagram, ranked fifth among U.S. companies as recently as December, according to Dow Jones Market Data, and joined the four other Big Tech companies — Apple Inc.
AAPL,
,
Microsoft Corp.
MSFT,
,
Google parent Alphabet Inc.
GOOGL,

Meta’s shares have been punished this year, however, amid concerns about competitive dynamics and the impact of economic uncertainty on advertising revenue. That $1 trillion market cap has been cut by more than half, allowing several companies to jump in front of Meta — which announced its new corporate name last October — on the valuation chart.

Visa was valued at $413 billion as of Tuesday’s close, compared with $412 billion for Meta. Exxon Mobil Corp.
XOM,

is next on the list with a market capitalization of $397 billion, per Dow Jones Market Data. Standing above Visa are still the four other Big Tech companies in Apple, Microsoft, Alphabet and Amazon, as well as Tesla Inc.
TSLA,
,
Berkshire Hathaway Inc.
BRK.A,
,
UnitedHealth Group Inc.
UNH,

Meta’s stock suffered its sharpest daily decline since February in Tuesday’s trading amid broad-market pressure brought on by the latest consumer-price-index reading, which resurfaced fears about the potential effects of inflation on the advertising landscape.

“Meta, like the other social-media companies, has been negatively affected by the moves that Apple did in the advertising business as well as the general anticipation of lower ad spending as we might be going into a recession,” said Nick Mazing, the director of research at Sentieo, who’s been tracking the changes in market values over recent weeks.

“Additional factors include competition from TikTok and investor skepticism regarding the company’s metaverse efforts,” Mazing said.

Executives at Meta have cautioned about the impact that inflationary pressures and other economic issues could have on the business, with Sheryl Sandberg, then the company’s chief operating officer, telling investors on Meta’s last earnings call that “recessions put pressure on marketers to make sure their ad budgets are spent in the smartest way possible,” though she thought that Meta tools could help them maximize their investments.

Chief Executive Mark Zuckerberg said on that July call that “we seem to have entered an economic downturn that will have a broad impact on the digital advertising business.”

Visa shares have held up better amid the inflationary backdrop, falling just 8% on the year as Meta shares have lost 54%.

While Meta executives have sounded a cautious tone on the current landscape, Visa’s management team has come off more upbeat due to the nature of the payments giant’s business. Back in April, Visa Chief Financial Officer Vasant Prabhu said that inflation had “net-net” been positive for Visa, and as recently as Monday, he said that consumer spending remained resilient.

Visa “is somewhat isolated from the big macro story, the persistent inflation, as they get paid on nominal volumes,” Mazing told MarketWatch, noting that the company has also been benefiting from the big rebound in international travel and the spending that comes with it.

Meta briefly flirted with placement outside the top 10 U.S. most valuable U.S. companies at the start of August, but its dip below Visa this time around keeps it inside the top 10 as fellow technology company Nvidia Corp.
NVDA,

has also seen its value fall sharply in recent weeks.

Nvidia ranked as high as seventh by market cap earlier this year, but it now stands in 15th place with a $327 billion valuation, per Dow Jones Market Data, amid inventory issues that have hit revenue totals and a U.S. crackdown on sales of high-performance artificial-intelligence technology to China.