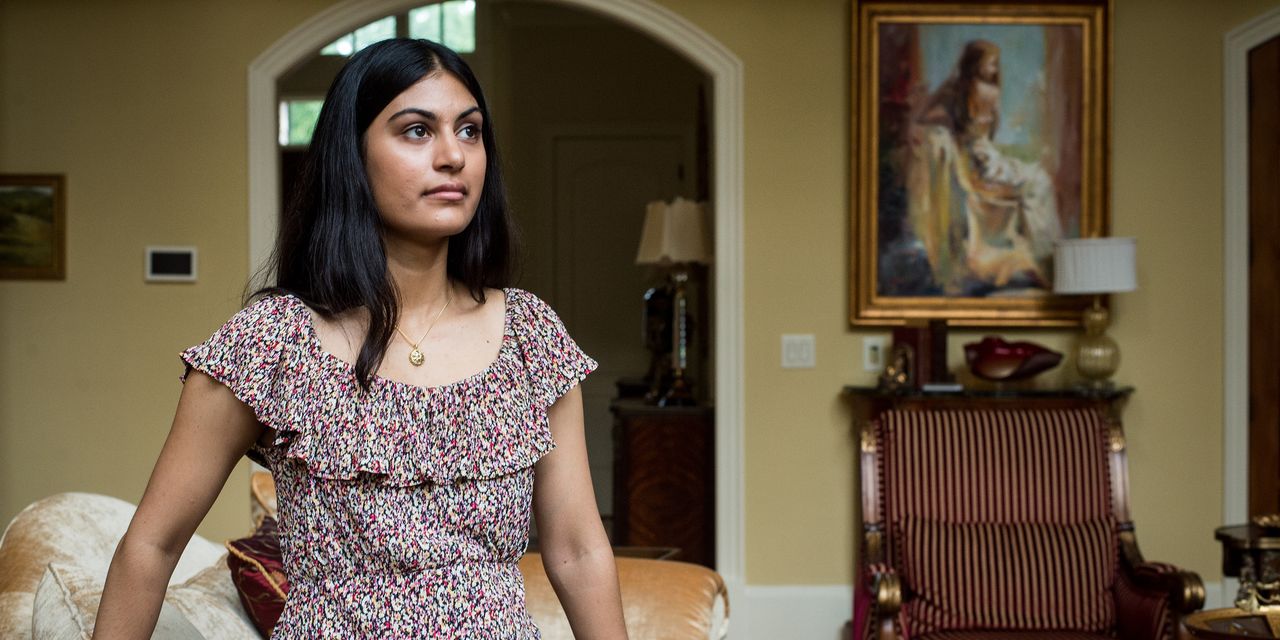 Ella Gupta made her first investment when she was 10. With the help of her parents, she took half the profits of her bracelet-making business and invested in the stock market. At 14, she opened a Roth IRA, after beginning her first job cleaning dental instruments. Now, at 17, Gupta is confronting her first bear market.

As the froth comes out of the stock market, there is also an opportunity to buy shares of quality companies on sale.“For younger investors, a market correction or even a bear market can be beneficial to your long-term nest egg, if you have the discipline to hang on and the fortitude to buy more when markets are in retreat,” says Greg McBride, chief financial analyst at Bankrate.

U.S. stocks haven’t suffered a protracted bear market since the financial crisis of 2008-’09. While the generation of investors that has come of age since then might lack the experience of its elders, today’s bear-market inductees have advantages that prior generations couldn’t imagine. Chief among them, perhaps, is unfettered access to information via the internet, and the ability to find and disseminate it almost instantaneously. Not only has the proliferation of online brokerages and investment websites democratized investing; it has enabled new and mostly young investors to build communities and share knowledge in novel ways.

More than half of Generation Z adults—those between the ages of 18 and 25—are already investors, with 26% invested in individual stocks, according to a 2022 Investopedia Financial Literacy survey. This would make them more financially active than any previous generation at their age, according to Investopedia. Gen Z-ers are also the first generation to be born into a world where social media use is the norm, which means their investment thinking is heavily influenced by peers.

“Peer-to-peer learning is very powerful,” says Gupta, who has also written a book for her peers on personal finance and investing.

Gen-Z survey respondents say they learned about investing online, with just under half saying they learned on YouTube or through other videos. About a third credited TikTok for their newfound knowledge. For much of the past two years, following investing tips from social-media strategists paid off. An analysis from 2006 to 2020 of more than 30,000 stocks worldwide found that stocks with the most positive media sentiment outperformed those with the most negative sentiment, according to market-sentiment aggregator MarketPsych.

A bear market can point up the dangers of groupthink, however, whether on Wall Street or in the digital world. That’s something Gen Z-ers also are learning as meme stocks crater, crypto crashes, and other assets amped up by online investment influencers fall to earth again. Many stocks favored last year on online forums such as Reddit have declined by double digits since.

“In a bull market, everybody looks like a genius because they’re like, ‘I’m making incredible returns in everything,” says Vivian Tu, a financial-literacy content creator on TikTok. “And now, by definition, we have hit a bear market. People who weren’t weighing the cons against the pros are going to feel them now, and it’s a scary time if you were overweight in risky asset classes.”

Even conservative investors have suffered losses this year, with the

down about 17%. Surveys suggest that newer investors have been much quicker to sell than their more experienced elders – just the opposite, in many cases, of what they should be doing. A Bankrate survey found that 73% of Gen Z investors traded actively this year,  compared to just 28% of Gen X investors, ages 42 to 57, and 25% of baby boomers.

Some experts worry that social media may be to blame for fostering bad investment behavior. “A lot of stuff on social media is excellent advice; it’s just that it’s not nuanced,” says Anne Lester, former head of retirement at

JPMorgan
.
“It’s got to be short and digestible, so some of the nuance gets lost.”

But concerns about Gen-Z’s risky trading behavior might also be overblown. There are reasons to believe this generation will be more financially conservative than its predecessors, having witnessed parents lose jobs during the financial crisis, and the dislocations caused by the Covid pandemic, according to Wells Fargo Advisors.

Gupta says she’s not too panicked about the prospect of a bear market because her investment strategy revolves around dollar-cost averaging, or investing a fixed dollar amount on a regular basis. She also researches any company whose shares she’s buying, studying financial statements, business conditions, and valuations.

“Whenever I purchase a stock, I do it with the intention of holding it for the long term,” she says.

Many novice investors seem to have sharpened their pencils in recent months, says Zoë Barry, CEO of the social trading platform Zingeroo. Of all customers trading on Zingeroo’s platform, Gen-Z investors’ activity mirrored the recommendations of professional research firms most closely, she says, noting few are still buying into the meme-stock hype.

Tu, the TikTok content creator, agrees. She counts 1.5 million followers of @yourrichbff, her TikTok account, and says that with recession fears increasing, her followers are uneasy, bombarding her with questions about how the current macroeconomic environment will impact them.

“People are talking about this like we’re about to go move into our bunkers for three years,” she says.

That’s not the case, she assures them.