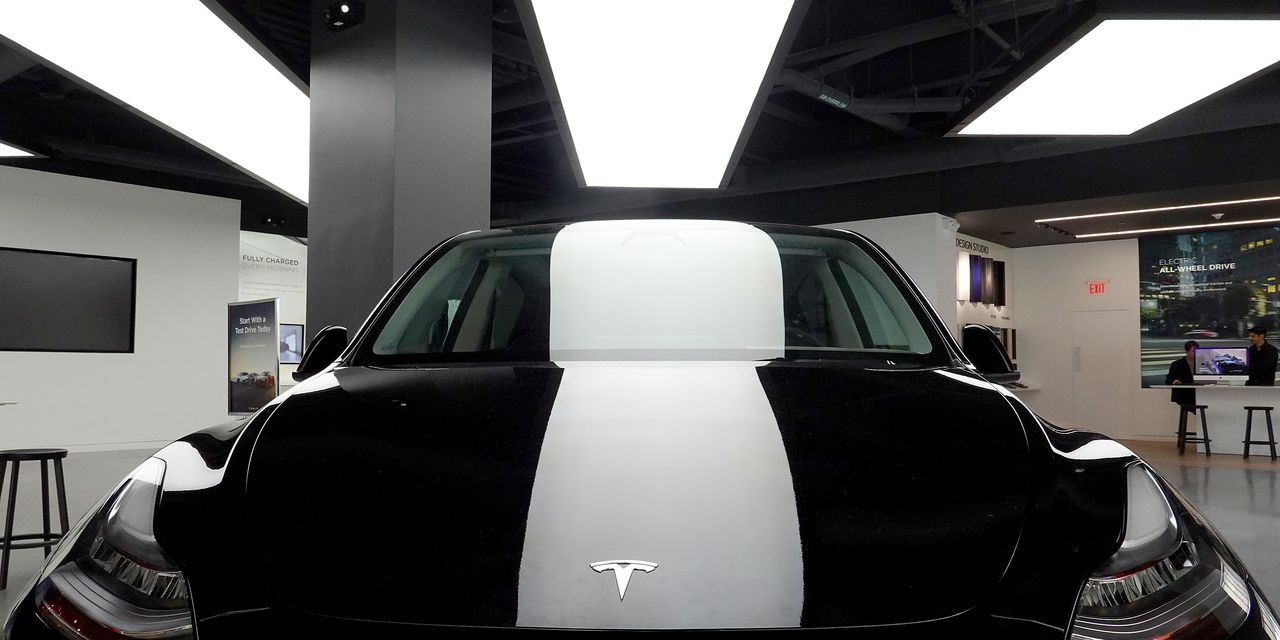 laid the groundwork on Monday to split its stock again, and investors looked pleased. Based on what happened last time Tesla split its stock, there is a good reason for investors to be happy.

Tesla (ticker: TSLA) stock closed up 8% at about $1,092 a share in Monday trading. Meanwhile, the

The news came in a regulatory filing that indicated the company will request stockholder approval at its coming annual meeting to increase the number of authorized shares of common stock “in order to enable a stock split.”

Tesla’s board has approved the plan to increase the amount of authorized stock, but it hasn’t approved the actual split.

Tesla announced a 5-for-1 stock split in early August 2020. Shares gained 80% over the roughly three weeks from just before the split announcement until the split became effective at the end of August.

Both the possible split referred to Monday and the 2020 split are, technically, stock dividends. “The Board of Directors has approved and declared a five-for-one split of Tesla’s common stock in the form of a stock dividend to make stock ownership more accessible to employees and investors,” Tesla’s 2020 press release read.

The number of common shares outstanding shouldn’t matter all that much.

New Constructs CEO David Trainer told investors to sell the Tesla rally in a Monday report. He believes Tesla stock is too expensive and rates shares Sell. He doesn’t have a target for the price.

But there is the point Tesla makes about making stock accessible to more retail investors. A $200 stock is easier to buy than a $1,000 stock. What’s more, investors can get excited about stock splits because they signal management’s belief in strong company fundamentals.

Wedbush analyst Dan Ives called the coming split a “smart strategic move” in a Monday report. He rates Tesla shares at Buy and has a target of $1,400 for the price.

(GOOGL) announced a 20-for-1 stock split in early February. Shares jumped 7.5% following the announcement. The stock is still up about 3% since then, compared with a 1% loss for the

(AMZN) jumped 5.4% after the company announced plans to split its stock 20-for-1. Shares are up about 18% since the early March announcement, compared with a 7% gain in the Nasdaq over the same span.

Tesla stock was at roughly $500 a share when its 2020 split became effective. Shares closed at $1,010.64 on Friday. Another 5-for-1 split would put shares at around $200. At that price, Tesla stock would even fit in the Dow Jones Industrial Average. It already belongs to the S&P 500.

The Dow is a price-weighted index. The price of each stock is what matters when calculating index changes. The S&P 500, on the other hand, weights its components by market capitalization. Stock prices in the Dow range from about $47 for

The possibility that Tesla could join the Dow is only speculation. That would be a feather in Tesla’s cap, but having Tesla in the Dow wouldn’t bring a lot of index-related buying of shares. There isn’t a lot money indexed to the Dow.

Shareholders would have to vote in favor for a split to go ahead, but Tesla has yet to schedule a meeting where that could happen. The 2021 shareholder meeting was held in Austin, Texas, back in October.

The news of the split has trumped a bit of bad recent news for the company. Tesla’s Shanghai plant is shutting for a few days because of Covid-related restrictions in the area, according to reports.

The shutdown comes just before quarter-end, and could cost the company a few thousand vehicle deliveries. Wall Street expects Tesla to deliver 310,000 to 320,000 vehicles in the first quarter of 2022. Tesla didn’t immediately respond to a request for comment about the shutdown or its effect on deliveries.