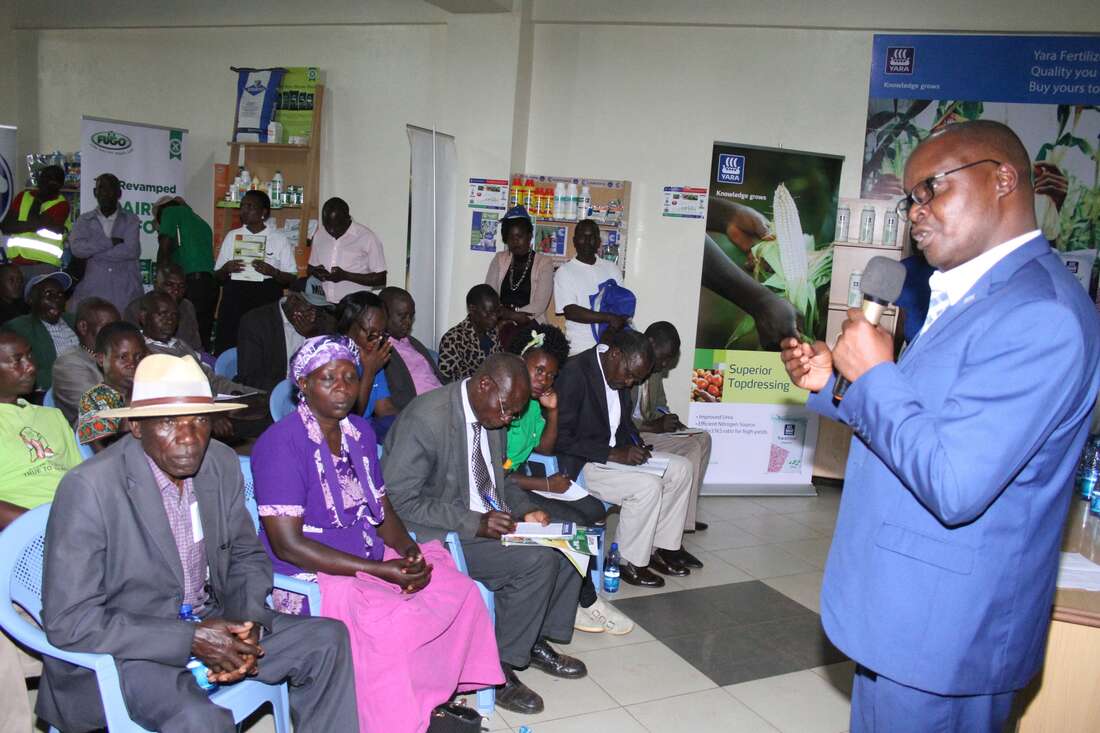 Maize and coffee farmers in Nyamira and Kisii will from Monday pay 60 percent for farm input supplies under the government electronic voucher subsidy programme.

The two devolved units are part of 12 counties where the government is piloting the programme, which kicked off in 2020.

“Registered farmers will present the voucher to selected agro-dealers and get fertilisers at a reduced price,” he said.

He spoke at the Kisii Agricultural Training Centre, where agriculture extension officers were being trained on the e-voucher system.

“We want to start with maize farmers whereby a farmer will be required to pay 60 percent of the cost of the fertiliser, and the national and county governments will pay the remaining 40 percent,” he said.

Under the programme, farmers will be issued e-vouchers through their mobile phones after validation by extension officers. They will then be given a paybill number to make payments and receive a text message confirmation from Safaricom.

Farmers will then take the message to registered agro-dealers and acquire the farm inputs they need.

Once a farmer makes the payment, it will trigger the government’s side that supports this programme, which will then pay the balance to ensure the agro dealer gets a hundred percent of the total amount needed for a given input.

Mr Onsarigo said the rollout would start in Magenche, Moticho, Sensi and Kisii Central wards within Kisii County and later expand to the other forty-one wards in the region.