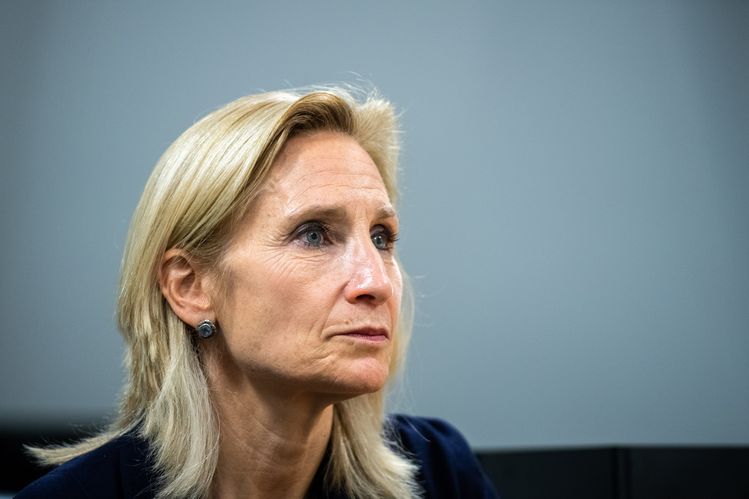 The Serious Fraud Office has been hit with two reports slamming its conduct on the same day the Court of Appeal overturned a conviction related to the agency’s ill-fated Unaoil investigation.

At the centre of it all is Lisa Osofsky, the agency’s director, whose actions contributed to overturned convictions, according to the independent report into the SFO’s Unaoil investigation by former director of public prosecutions Sir David Calvert-Smith.

Osofsky, Sir David said, made a series of “mistakes and misjudgments”, in her contacts with ex-Drug Enforcement Administration agent David Tinsley, who was acting as a “fixer” for one of the defendants, the review published 21 July found.

On the same day as Sir David’s review was published, the Court of Appeal overturned the conviction of former Unaoil executive Stephen Whiteley — marking the third quashed conviction in the case.

Former Unaoil employee Ziad Akle’s conviction was quashed by the Court of Appeal on 10 December after a judge ruled that the SFO’s failure to disclose its dealings with Tinsley meant he had an unfair trial.

Paul Bond, a former employee of Dutch company SBM Offshore, had his bribery conviction overturned on 24 March on the same grounds.

Sir David made 11 recommendations for reform of the SFO which the agency and attorney general Suella Braverman said they have accepted.

Shadow attorney general Emily Thornberry said the SFO’s leadership had shown “gullibility and arrogance” in their dealings with Tinsley and called for Braverman to consider axing them.

“It is vital that the attorney general not only commits to implement Sir David’s recommendations in full, but asks herself whether the senior managers at the SFO whose failures are exposed in this report are really the individuals best-placed to repair the damage,” she tweeted on 21 July.

The attorney general commissioned the review into the SFO’s Unaoil investigation on 10 December 2021, following the quashing of the first conviction in the case and the stinging rebuke the SFO received from a senior judge for its handling of the case.

The SFO was also criticised in a separate review published on 21 July into the collapse of the fraud trial of two former Serco executives last April that found “serious systemic failure” in the agency’s evidence disclosure processes.

“The reviews are a sobering read for anyone who believes in the mission and purpose of the SFO,” Osofsky said in a 21 July statement.

Unaoil was run by Ata Ahsani and his sons Cyrus and Saman Ahsani, who were key targets in the SFO’s probe into alleged bribery for oil contracts in Iraq.

Cyrus and Saman Ahsani pleaded guilty in the US to bribery charges in 2019 in a blow to the SFO, which had been trying to extradite them to stand trial in the UK. Ata Ahsani has not been charged.

READ Dechert, the SFO, and ENRC: A trial of brown envelopes, lies, and millions in fees

Tinsley — who was acting as a “fixer” for the Ahsani family — approached Osofsky shortly after she was appointed as SFO director in August 2018 via an ex-US Federal Bureau of Investigations agent who was a mutual acquaintance.

Tinsley messaged Osofsky on her personal phone asking for a meeting in September 2018 and she replied saying she was “super honoured that you are coming my way”, despite SFO rules barring staff from using their personal phones for work matters.

From the first meeting in September 2018 it was clear that Tinsley was acting for Saman Ahsani, who was at the time a defendant in an ongoing SFO prosecution, the report said.

This should have led to “a significant level of caution” on the part of the SFO, and brought to mind obligations that contacts with Tinsley may have to be disclosed to other defendants in the case under evidence rules, the review found.

Sir David criticised Osofsky and her team for failing to take legal advice on the propriety of engaging with Tinsley, and also for failing to properly record their contacts.

Osofsky’s contact with Tinsley “was clearly regrettable” and “set the tone for the entirety of the SFO’s contact with [Tinsley], which was always perceived as having the blessing of the [director],” the report said.

The report lays out the “damaging culture of distrust” between the Unaoil case team and the SFO’s senior management.

This was in part triggered by the suspension and then dismissal of former Unaoil case controller Tom Martin, after complaints from a US Department of Justice official that Martin had insulted an FBI agent in a London pub in 2016.

Martin’s suspension came amid tensions between the SFO and the US Department of Justice over the Ahsanis — some in the SFO felt they had been “‘snatched away’” by the US agency.

The Unaoil case controller was later dismissed from the SFO but won an employment tribunal claim against the agency in 2019. The SFO appealed against that decision with the case due to be heard in the Employment Appeal Tribunal in London on 22 July 2022.

The SFO’s leadership were keen to mend fences with the US DOJ, after the incident involving Martin, and felt the case team was overly fixated on trying to go after the Ahsanis, the report said.

“You may be a good investigator but you have to see the big picture,” Osofsky allegedly told the Unaoil case controller in their first meeting on 8 October 2018, in comments she denied making.

The case team, in turn, were suspicious of Tinsley’s intentions.

“We could not believe that senior management had been so ready to accept the promises offered by [Tinsley], who was so obviously given to both flattery and self-importance and that we found it almost inconceivable that they had been so willing to listen to and trust him,” one member of the case team told the review.

“To be blunt, we thought that anyone with an ounce of investigative nous would have seen right through him,” they added.

The case team felt unable to shut out Tinsley because of the perception that he had the ear of the director, the report found.

“His relationship with our senior managers (which we knew little about but built over time) was one of the causes of the pressure and expectation to engage with him and the inability to shut him down,” one of the case controllers told the review.

Sir David said the SFO has to deal with a number of issues if it was to “move on and learn” from the Unaoil case.

Some of the SFO’s problems in the case were unavoidable, Sir David found, while others were “caused by failings on the part of particular individuals and/or by ‘cultural’ issues within the SFO”.

He criticised poor record keeping within the organisation, inadequate resourcing and mistrust between the case team and their bosses.

The review recommended a series of measures including ensuring there was no “interregnum” between directors or general counsel of the organisation, and improving the oversight of the SFO by the Attorney General’s Office.

“It’s saddening reading, taking account that there are excellent people at the SFO who do a difficult job in challenging circumstances,” said Eoin O’Shea, head of white-collar crime at law firm CMS.

“The SFO has suffered from very severe neglect in terms of resources and supervision. The result is a lack of institutional prestige, and an insufficiently robust culture as regards the SFO’s core role. Such a culture tends to magnify, rather than reduce, any poor judgements of the leadership,” he added.

To contact the author of this story with feedback or news, email James Booth