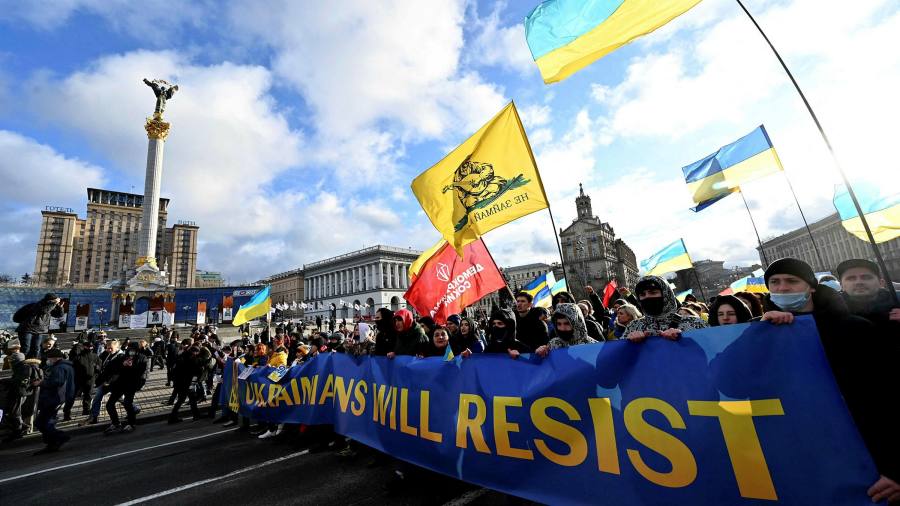 Russia and the US said they would begin evacuating staff from their embassies and consulates in Ukraine on Saturday as western leaders engaged in a flurry of last-ditch diplomacy to convince Moscow to withdraw military forces from around the country’s borders.

The US state department has ordered “most US direct hire employees” to leave Kyiv on Saturday “due to the continued threat of Russian military action”, the embassy said.

A skeleton team will remain in Kyiv to maintain contact with the Ukrainian government, and the US will offer emergency assistance from the western city of Lviv, according to a state department official.

The US and UK are also pulling military advisers out of the country, although the British ambassador Melinda Simmons said she would stay. Dutch airline KLM announced it was cancelling its Ukraine flights and would not enter the country’s airspace.

US officials reiterated their warning to American citizens to leave Ukraine, after saying on Friday that Russia could launch a full-scale invasion as early as next week.

US president Joe Biden and French president Emmanuel Macron both spoke to Russian president Vladimir Putin on Saturday in an effort to convince him to draw back Russian forces.

Macron told the Russian president that “a sincere dialogue was not compatible with an escalation”, the Elysée said.

French officials said Macron was seeking to keep Putin talking to avert military action by the Russians. Macron will make calls to Biden, Olaf Scholz of Germany and Volodymyr Zelensky of Ukraine later on Saturday, a senior French official said.

The aim of the dialogue was “trying step by step to lower the pressure and enter into a more constructive phase”, the official said, adding that Putin did not appear to have changed his position since his meeting with Macron in Moscow on Monday. The Russian president was both demanding and provocative while seeking to keep his options open, according to the official.

The Kremlin said Putin and Macron discussed “provocative speculations about planning for a supposed Russian invasion”, the west’s provision of weapons to Ukraine and “creating pretexts for possible aggressive actions in the Donbas by Ukrainian armed forces “.

Putin accused the west of ignoring Russia’s demand that Nato roll back its eastward expansion and failing to push Ukraine to fulfil its obligations under the long-stalled Minsk treaty governing the Donbas peace process.

Earlier on Saturday US secretary of state Antony Blinken told his Russian counterpart Sergei Lavrov “that a diplomatic path to resolving the crisis remained open, but it would require Moscow to de-escalate and engage in good-faith discussions”, according to the state department.

Russian foreign ministry spokeswoman Maria Zakharova said Moscow had decided to “optimise” its staff at its Kyiv embassy and three consulates in Ukraine “out of caution over possible provocations from the Kyiv regime or third countries “.

“Today, the best friend for enemies is panic in our country, and all this information, which only helps panic, does not help us,” he said, speaking from the southern region of Kherson, bordering Russian-occupied Crimea.

Outside the US embassy in Kyiv on Saturday morning diplomatic vehicles were being packed and driven away, while food was delivered to staff.

Germany on Saturday called on its citizens to leave Ukraine. The foreign ministry said it was temporarily closing Germany’s consulate in the eastern city of Dnipro, and relocating it to Lviv. Its embassy in Kyiv will remain open. 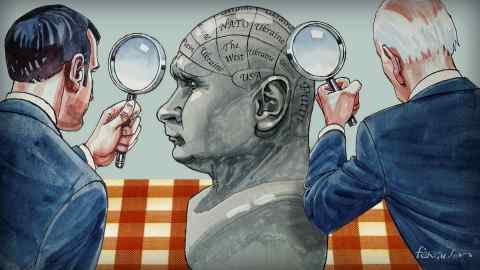 Lloyd Austin, US defence secretary, spoke with Sergey Shoygu, Russia’s defence minister, and ordered the departure of 160 US troops who were serving as military advisers to Ukrainian forces, according to the Pentagon.

The Pentagon said the troops would stay in Europe to “provide flexibility in assuring allies and deterring aggression”.

British troops who have been training Ukrainian forces will leave this weekend, a government minister said. Spain urged its citizens to leave Ukraine.

In a speech Hungary’s leader Viktor Orban warned of the likelihood of a refugee crisis in Europe if Russia were to invade Ukraine and said his government was preparing for the consequences of a war. But he warned European leaders that threatening Moscow with sanctions was “a dead end”.

“Refraining from co-operation [with Russia], completely handing over huge economic opportunities [in Russia] to the Chinese is a strategic mistake,” he said. He also called on Europe to build up its military strength.

Though the White House believes Putin has not made a final decision, Russia has built up more than 130,000 troops along its border with Ukraine and in neighbouring Belarus, as well as weaponry that could be used for an assault on Kyiv.

Additional reporting by Guy Chazan in Berlin, Victor Mallet in Paris and Marton Dunai in Budapest