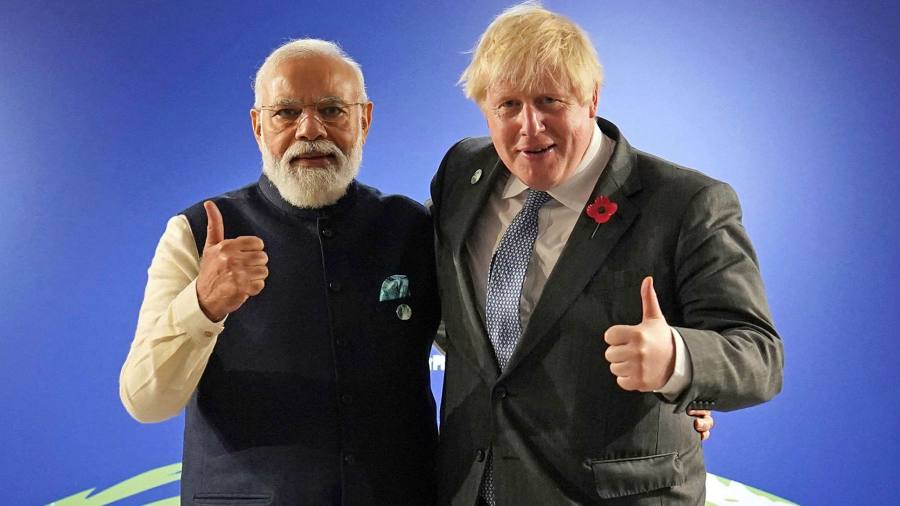 Having previously hailed prime minister Narendra Modi as a “firecracker” and “an absolute political phenomenon”, Boris Johnson touches down in India to a warm welcome. But he also lands in the shadow of the Russia-Ukraine war and obstacles when it comes to both defence and trade. India and the UK need a new relationship based on deeds, not words. The prime minister has a rare opportunity, not seen in two decades, to ensure this but it needs careful handling.

When it comes to Ukraine, the two countries have widely divergent perspectives. While Britain is firmly in Ukraine’s corner, India has refused to condemn Russia’s aggression or impose sanctions. This does not mean full-throated support for Putin’s war. India has advocated a cessation of hostilities as well as “diplomacy and dialogue”. Yet in the high voltage politics of this conflict, India’s neutral stance is widely perceived as supportive of Russia. One British minister said she was “very disappointed”.

What is surprising is not that India abstained during the UN vote condemning Russia — it is after all strongly dependent on Russian arms for its defence — but that the UK expected it to vote otherwise. This was largely the result of the rhetoric being far ahead of the reality of their bilateral ties.

India has no hesitation in dealing with autocratic neighbours if its security policy requires it. It remains a strong advocate of a rules based international order, but foreign policy decisions “are made in Indian national interest”, as their external affairs minister recently reminded us. Likewise, while India is the biggest and the UK one of the oldest global democracies, there has been criticism of democratic regression in India, with curbs on individual liberties and press freedoms as well as human rights violations increasing under Modi’s rule, alongside violence against minority communities.

Both countries have a list of complaints. Britain remains one of a handful currently denied the ease of e-visa travel to India while India is on the short list requiring visas for transit. Retrospective tax issues for British companies and discussions on Kashmir in the UK parliament as well as the rise of Sikh separatist and pro-Khalistan protests in the UK remain irritants.

The time is right for a new, pragmatic relationship. For a post-Brexit Britain, India is of critical importance in the UK’s “tilt” towards the Indo-Pacific. For Modi, having waited for the UK to sort out Brexit, outreach is long overdue. Both countries also have a new opportunity to come together over China’s assertive role in the Indo-Pacific region. Last May, at a virtual summit, Johnson and Modi launched a near-10-year road map, a first for both countries, focusing on the five “pillars” of health, climate change, people-to-people, trade and investment, and defence and security, as part of their “comprehensive strategic partnership”.

Agreement on trade and defence will be central to the visit’s success. Johnson is expected to accelerate progress on an interim trade agreement with India, covering about 65 per cent of goods and a third of bilateral services trade. This will be India’s first such agreement with the west, and should be followed by a comprehensive free trade agreement aimed at doubling bilateral trade by 2030.

Defence has been an “under-performer”. Several decades ago the UK was the largest source of arms for India; its share over the past ten years is less than 3 per cent. Bilateral cyber security and multilateral counter-terrorism co-operation remain key, as does maritime security co-operation in the western Indian Ocean.

But Johnson now needs to engage decisively on the sharing of defence technology and intellectual property. This could be challenging when the UK denies India space technology based on “dual-use”. Equally importantly, it will require British companies to “re-energise” their ties and investments in India.

A trade deal and maximising defence co-operation would be transformative for UK-India relations in their 75th year, but the window is rapidly narrowing. Within a year, India will begin preparing for its next general election. Britain will not be far behind. If Johnson does not act now, the momentum will be lost.