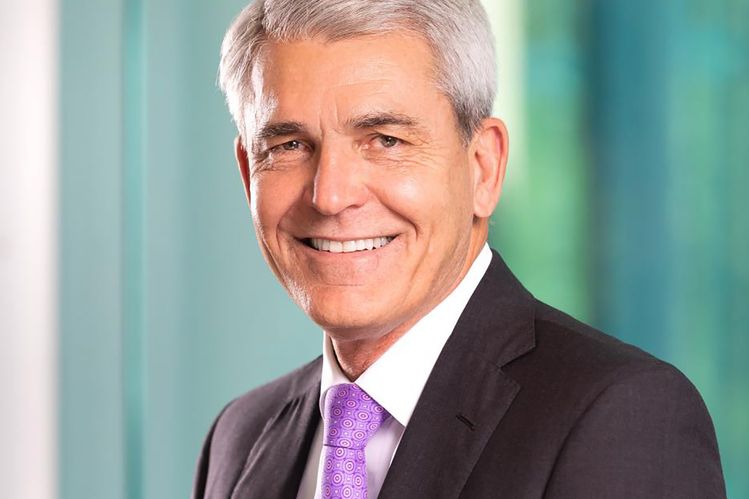 It is June 2016. The UK votes to leave the EU. Reports predict thousands of job losses and a severe decline in the City of London.

Some questioned whether the US mid-market specialist’s foray into the UK and Europe would last. Rivals drew up plans to scatter bankers across the continent. But over the past six years, dealmaker numbers across Raymond James’ offices in London, Frankfurt and Munich have spiralled from 20 bankers to more than 120.

The bank has added 50 people in the region over the course of the past year alone, while its UK operation has grown from 15 bankers in 2018 to around 50 currently.

Raymond James’ chief executive Paul Reilly told Financial News during an interview on a trip to London from the bank’s headquarters in St Petersburg, Florida, that he has no plans to slow down in the region.

“I don’t want to put a number on hires because if you say, ‘Hire 50 people’, they’ll only hire 50 and we just want them to hire good people who fit our culture,” he said. “But put it this way — I don’t have a cap on the number of hires. There’s a really good opportunity here.”

READ Raymond James’ Peter Moores: ‘Our clients want to be close to the person making the decisions’

Raymond James had a record 2021 for dealmaking as M&A volumes swelled. It pulled in revenue of $100m — double 2020’s and up from $40m in 2019. Many of its mid-market competitors, including William Blair, Lincoln International and Houlihan Lokey, have also hired dozens of bankers amid the deal boom, while larger rivals such as Goldman Sachs, Bank of America and Citi have doubled down on mid-market deals.

Russia’s invasion of Ukraine has created “so much uncertainty in markets” and has dented deal activity. So far this year, global M&A volumes have slumped by 23% to $1.4tn, according to data provider Dealogic, while in Europe they have slipped by 12% to $327.4bn. For now, though, the growth plans at Raymond James remain in place.

Reilly has been at the helm of Raymond James since 2010, when he was persuaded to take the top job by Tom James, the son of Bob James, the company’s founder. Reilly is not a typical banker — he started out at accountants KPMG, eventually rising to head up its international business for three years until 2001. He then spent eight years at headhunters Korn Ferry, helping turn the firm around in the wake of the dotcom boom and bust.

Reilly said that he remains focused on culture at the firm, and part of this means changing the way that its employees work in the post-Covid world. While larger rivals including Goldman Sachs, JPMorgan and Bank of America have largely reverted to the office in recent months, particularly on the trading floor and in investment banking, Raymond James is moving in the opposite direction.

Even before the pandemic, Reilly was aiming to have at least half of the firm’s employees working part time in the office, and a key focus now is reducing commute times and giving staff the freedom to base themselves outside major financial centres.

“We have to learn that if you’re an investment banker, you can make as much living in St Petersburg as New York, because it is based on the deals you generate,” said Reilly.

“I don’t care if you’re in Omaha, Nebraska or New York City. The cost of living may be different, but you’re paid on revenue. So, either a banker has a lot of business where they’re based or is on a plane all the time and paying the price for their choice to live there.”

Again, this approach contrasts with comments from executives at larger firms, with Morgan Stanley boss James Gorman saying last year that employees who want “New York rates” need to base themselves in New York. Gorman said: “None of this, ‘I’m in Colorado and work in New York and am getting paid like I’m sitting in New York City’.”

After its takeover of wealth manager Charles Stanley, which completed in January, Raymond James now has 90 branches across the UK. This means the firm is looking into whether staff need to be based in London in order to do their job, Reilly said.

“We were convinced this was the future of work before the pandemic, but the pandemic has accelerated that,” he said.

Reilly said that Raymond James has worked harder to ensure work-life balance during the deal boom for its junior bankers and has been hiring more at that level.

“You have a culture at some firms where it is almost hazing for the first two years. Even when banking wasn’t on fire, you’d get calls at 11pm and you’d expect to be in the office until 2am. Our culture has never been like that,” he said.

Raymond James raised salaries to $105,000 for first-year analysts in August, Business Insider reported, keeping it on a par with larger rivals. Reilly confirmed that Raymond James had increased pay after a bumper year, but declined to comment on salary figures.

“When deals double in a year, no one is adequately staffed,” he said. “There was a lot of pressure, but not only did we raise salaries, people also got paid really well with bonuses. We tried to be as flexible as we could and have been hiring more people.”

To contact the author of this story with feedback or news, email Paul Clarke