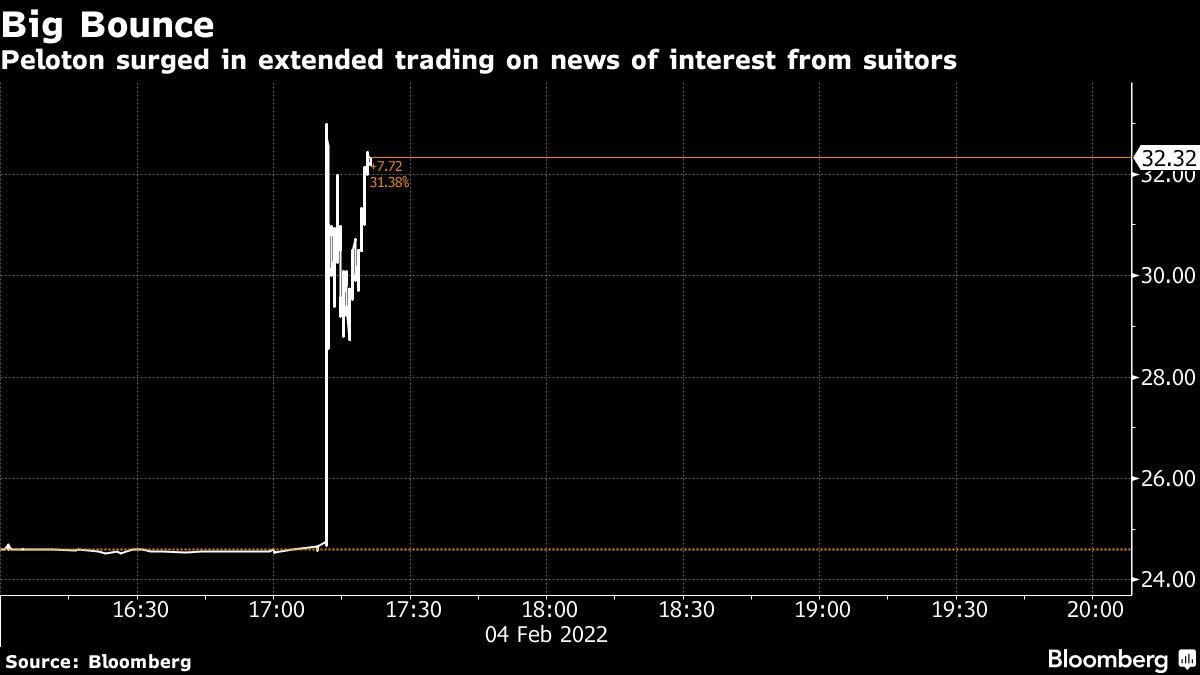 (Bloomberg) — Peloton Interactive Inc. is attracting interest from potential suitors including Amazon.com Inc., the Wall Street Journal reported, citing people familiar with the matter. Shares of the home fitness company surged as much as 43% in extended trading.

Amazon has been speaking to advisers about a potential deal, the newspaper said. There’s no guarantee the tech giant will follow through with an offer or that Peloton, which is working with its own advisers, would be receptive to an approach.

Peloton was a darling of the pandemic as people at home during lockdowns turned to its fitness bikes and online classes for exercise. But shares have fallen more than 80% from their high a year ago as the gradual easing of pandemic restrictions fueled concern that growth would slow. Activist investor Blackwells Capital LLC last month issued a letter demanding the company fire co-founder and Chief Executive Officer John Foley and pursue a sale. Blackwells said potential buyers could include Apple Inc., Walt Disney Co., and Nike Inc.

The company’s public image also took a hit in December, when HBO Max’s “Sex and the City” reboot killed off a Peloton-riding character.

Amazon’s interest may be linked to its effort to gain a greater role in health care, as well as the potential to market to Peloton’s almost 3 million subscribers. The e-commerce giant in 2020 introduced its wearable Halo products to compete with Google-owned Fitbit and other fitness devices.

Peloton’s shares jumped to a high of $35.25 in extended trading after closing Friday at $24.60 in New York — below its September 2019 initial public offering price of $29.

(Updates with background, decline to comments from companies.)