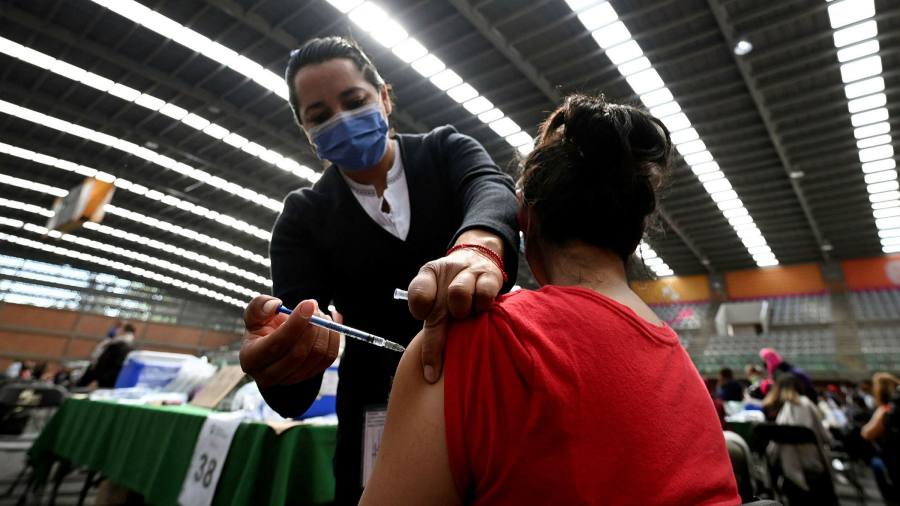 Oxford BioMedica warned that uncertainty over the future of its contract to manufacture AstraZeneca’s Covid-19 vaccine would cause revenue to decline this year, sending its share price down 6 per cent.

The London-listed company said there was a “pause” in vaccine manufacturing while it was in talks with AstraZeneca about whether to extend the supply agreement. The vaccine is not part of the UK drugmaker’s core business and was initially sold on a non-profit basis.

While AstraZeneca has supplied more than 2.6bn vaccine doses around the world, the mRNA jabs from BioNTech/Pfizer and Moderna have dominated in wealthier markets, because of a higher efficacy rate and concerns about a very rare side-effect.

Mene Pangalos, AstraZeneca’s head of research and development, told the Financial Times last month that it would consider not submitting its Covid-19 vaccine for approval in the US, the world’s largest pharmaceutical market.

Oxford BioMedica — which also manufactures components of cell and gene therapies — forecast that total revenues this year would be lower than in 2021, when they were boosted by large deals to manufacture the Covid-19 jab.

The group expects to make a loss on operating earnings before interest, tax, depreciation and amortisation basis in 2022, as it integrates a recently acquired US business and invests in research and development.

Roch Doliveux, chair and interim chief executive, said the financial performance was “exceptional due to large-scale manufacture of the adenovirus-based Oxford AstraZeneca Covid-19 vaccine, and we have successfully manufactured over 100m doses since the partnership began”.

In January, Oxford BioMedica acquired an 80 per cent stake in Massachusetts-based Homology Medicines for £97mn, funded partly through debt. The company plans to use the deal to expand its US footprint and broaden its product range.

Oxford BioMedica also manufactures the lentiviral vectors used by Swiss drugmaker Novartis to deliver its CAR-T cancer treatments, extending a deal in December to the end of 2028.

It also works with German drugmaker Boehringer Ingelheim and Juno Therapeutics and Beam Therapeutics in the US.

AstraZeneca made its first for-profit sales of the Covid-19 vaccine in the first quarter, with contracts in Latin America and the Middle East. In February, Iskra Reic, the executive vice-president of the new infectious disease unit that includes the shot, said she was “comfortable” there was still demand for the vaccine.

Shares in Oxford BioMedica were down 6.1 per cent at 599.86p in morning trading in London.