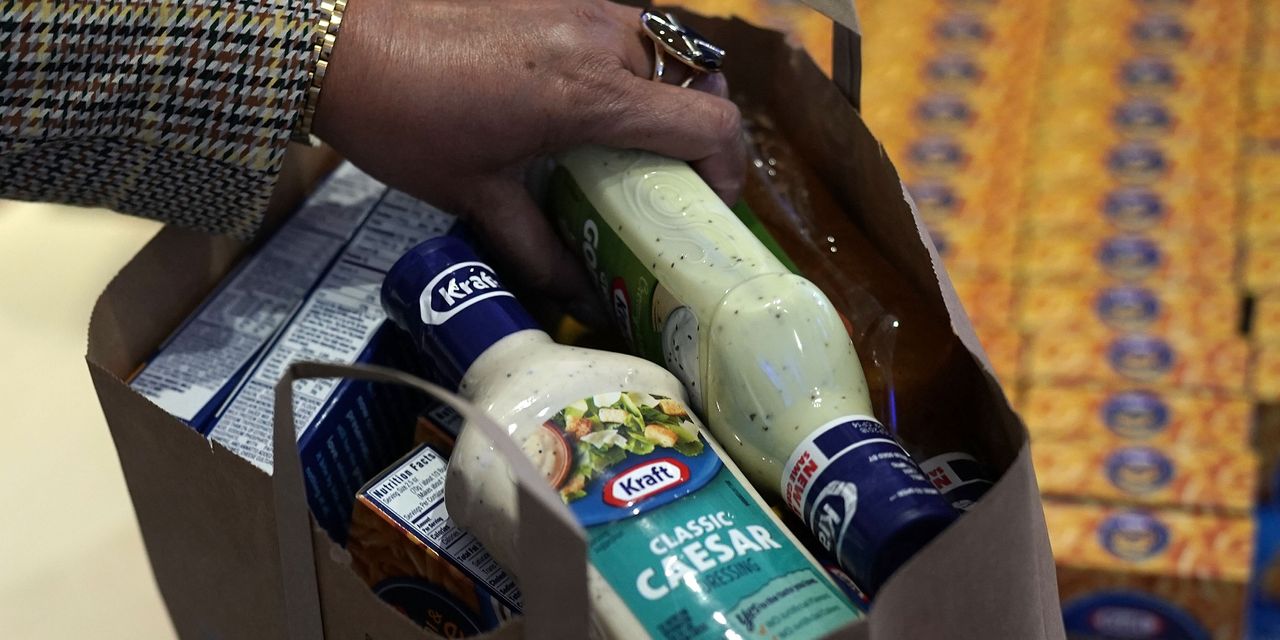 Kraft (ticker: KHC) reported adjusted earnings for its second quarter of 70 cents a share, greater than analysts’ estimates of 68 cents, but lower than the 78 cents from the same period last year, according to FactSet. Net sales were $6.55 billion, which beat Wall Street expectations of $6.39 billion, but fell short of the $6.62 billion a year earlier.

Kraft raised its forecast for 2022 growth in organic net sales, saying it now expexts a percentage increase in the high single digits, compared with the mid-single-digit gain it had anticipated. But according to a research note from Evercore ISI, gross profit margins declined by 3.1 percentage points, compared with the 2 points Wall Street expected, as higher prices failed to make up for higher costs for commodities and the effects of problems with the supply chain.

“Though the environment remains fluid, we are better able to anticipate dynamic conditions, adapt to this constantly changing environment, and demonstrate our resiliency against new challenges,” Chief Executive Miguel Patricio said in the company’s earnings release. “We are anticipating and adapting to changing market conditions while managing inflation through pricing realization and gross efficiencies.”

Shares of Kraft were on pace for their lowest close since Feb. 15, falling 7.4% Wednesday to $35.84. The stock was the second-worst performer in the

Profits have been a laser focus in the consumer space. Retailers are feeling pressure to offer discounts as inflation saps consumers’ spending power, encouraging them to trading down to less expensive items.

Other food companies have so far put up strong results, including

(KO), although the picture is more clouded elsewhere in staples.

Like many food stocks, shares of Kraft have held up better than the broader market because investors see them as a haven, at least relative to the carnage elsewhere. The shares are down 0.3% so far this year, while the S&P 500 has fallen by almost 18%.

Although Kraft stock has been gaining some support on Wall Street, most analysts aren’t particularly eager to recommend the shares. Just five of the 22 analysts tracked by FactSet rate Kraft at Buy or the equivalent, while nearly two-thirds remain sidelined. The average price target among analysts is $42.97.

Write to Teresa Rivas at teresa.rivas@barrons.com