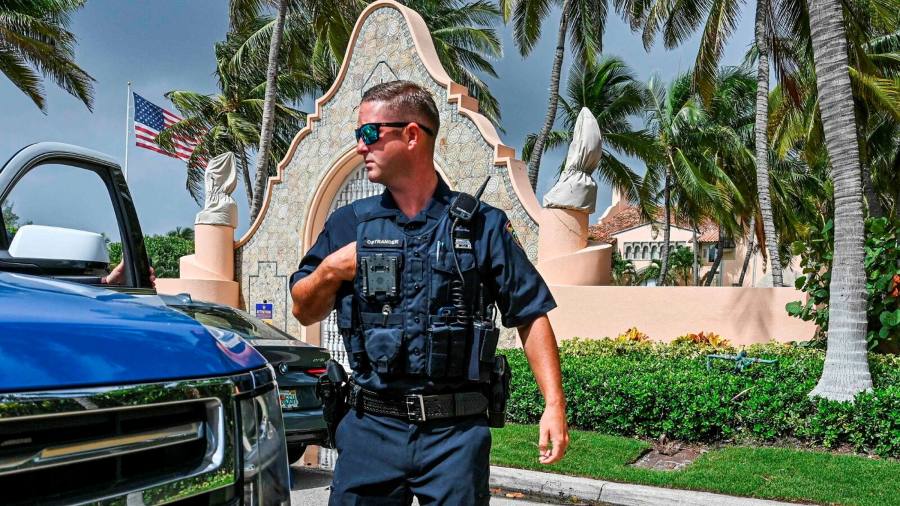 The US Department of Justice is under pressure to provide a fuller explanation of the FBI’s search of Donald Trump’s Florida estate after the unprecedented raid on a former US president’s home prompted howls of outrage from Republicans.

By midday on Tuesday, the Justice Department and FBI had yet to comment on the search of Mar-a-Lago, which was carried out a day earlier by what Trump described as a “large group” of federal agents.

The search sparked a backlash from Republicans, who portrayed it as a politically-motivated attack on someone who has repeatedly raised the prospect of trying to win back the White House in 2024.

Mike Turner, the top-ranking Republican on the House intelligence committee, published a letter to FBI director Christopher Wray calling for an “immediate briefing” on the search.

“In the history of our country, this action is unprecedented . . . Congress deserves immediate answers from you as to the actions you ordered,” Turner wrote.

Republican senator Lindsey Graham described it “a dangerous moment for the American constitution”.

“The pressure on DoJ from the liberals to get Trump has been unrelenting . . . Remember, they’ve been trying to get Trump since he came down the escalator,” Graham added, referring to Trump’s 2016 campaign announcement.

However, the criticism was not limited to the Republican party, with Democrats also calling for the DoJ to provide more clarity. Others warned that if the raid were carried out in connection with a probe into the preservation of presidential records — rather than a more serious matter — then it could jeopardise future investigations and boost Trump politically.

Andrew Cuomo, the former New York governor who was forced to resign following a wave of sexual harassment allegations, called on the justice department “to immediately explain the reason for its raid”.

He added that if the raid pertained only to “a search for inconsequential archives”, it would be “viewed as a political tactic and undermine any future credible investigation”.

The Mar-a-Lago raid threatens to overshadow what had been shaping up as one of the most positive stretches of Joe Biden’s presidency. News of the search broke as he was celebrating a string of legislative victories, topped by the passage of a flagship tax-and-spend bill through the Senate at the weekend.

Democrats had also hoped to galvanise their voter base following the Supreme Court’s decision to overturn the 1973 Roe vs Wade precedent establishing a federal constitutional right to abortion.

Democratic leaders were reluctant to discuss the FBI search on Tuesday. House Speaker Nancy Pelosi said she expected authorities had “justification” but said she had no further knowledge of the raid. Chuck Schumer, the Democratic Senate leader, also refused to comment on the search. 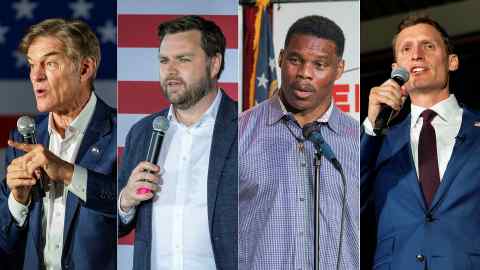 Meanwhile, Republican candidates sent fundraising emails to supporters citing the FBI search, in a sign they hope they can use the raid to rally the party’s base ahead of midterm elections where Democrats are widely predicted to lose their razor-thin majority in the House.

Mehmet Oz, the Republican Senate candidate in Pennsylvania, tweeted: “America is bitterly divided, & what Pres Biden’s FBI and DoJ did last night will only make things worse. Americans have every right to be upset & demand answers on why this raid happened in the most aggressive action taken against a former president ever in our nation’s history.”

However, Hillary Clinton — who was investigated by the FBI in the run-up to the 2016 election over her use of a personal email server while secretary of state — appeared to revel in the moment.

She tweeted a link to a page selling baseball caps emblazoned with the slogan “But her emails”, which has become an ironic retort among her supporters since she lost the election to Trump.