Investors speaking at the Bloomberg New Economy Forum are bracing for more pain as inflation and higher interest rates stunt global growth, even as China’s steps to ease its punishing Covid-19 curbs have rekindled some optimism about the world’s second-largest economy.

Sovereign wealth funds in Abu Dhabi and Singapore warned that markets have further to drop while venture capital investors betting on startups said the industry is in for a “reset” after valuations disconnected from fundamentals.

“I still think there is more pain generally speaking, but we will have more opportunities than less opportunities in the time ahead of us,” Khaldoon Khalifa Al Mubarak, the group chief executive officer of Mubadala Investment Co., one of Abu Dhabi’s wealth funds, said on a panel at the conference in Singapore.

Lim Chow Kiat, the CEO of Singpore’s GIC Pte, highlighted issues such as inflation pressures and the potential for further declines, but said that there “have been some good structural developments,” citing the US as an interesting market.

“Valuation may not be quite there yet but if you look at some of the longer term trends, for example the government incentives to really reindustrialise the economy, that’s a big positive,” Lim said. “We are pretty confident that down the road we should be able to find good investment opportunities out of that.”

The co-founder of bitFlyer Inc., a Japanese cryptocurrency exchange, cautioned that the meltdown of Sam Bankman-Fried’s digital assets empire FTX is a “Lehman shock” that could potentially cause more crypto firms to fail.

China’s road ahead will be key to investors globally. Signs are emerging that Beijing is starting to ease some of the most stringent Covid policies, and authorities just rolled out the most comprehensive package yet to backstop its struggling property market. Prospects for a thaw in US-China relations after a face-to-face meeting Monday between presidents Joe Biden and Xi Jinping have added to optimism.

The head of fund giant Fidelity International, Anne Richards, said she’s “more positive” about Asia from a markets and flows perspective for 2023. There are positive signs in China’s real estate market and optimism about China’s own interest rate cycle, factors that could set up Asia and China for a “more positive and earlier rebound” than the rest of the world, she said. But China’s investment landscape has also radically changed as Xi has cracked down on the nation’s technology giants and other private-sector companies over the past few years. Neil Shen, founder and managing partner of Sequoia Capital China, said there are seismic changes going on in the venture capital market. He pointed out that the industry had a run of easy years in which startup valuations would rise every six to nine months.

“The market has changed completely,” said Shen, whose firm is considered one of the elite players in the Chinese market. “Now you have to roll up your sleeves.”

Others at the conference said the technology sector was set for a fundamental overhaul amid geopolitical tensions and dwindling investor appetite for money-losing startups.

Jenny Lee, a managing partner at GGV Capital, said that a “reset has arrived” while Bill Ford, chairman and chief executive officer of General Atlantic, said that “valuation became disconnected from fundamentals.”

China has been particularly hard hit. The value of venture capital deals in the country fell 44% to $62.1 billion through October, compared with the same period in 2021, according to research firm Preqin.

“What that’s meant for all of us is that the level of risk is higher,” Ford said, adding that investors still have to be in China. “It’s too big to ignore.”

Access to food may be the biggest risk facing the global community. Food security is about tens of thousands of products, with different rules that govern how they grow, and climate change is constantly disrupting those flows, said Sara Menker, the CEO of Gro Intelligence, a firm that uses data and artificial intelligence to make predictions about climate change and food security.

“All it takes is one really bad crop, let’s say in North America or South America, to really send prices higher,” he said.

World food costs jumped to a record in March after Russia’s invasion of Ukraine choked off supplies from one of the world’s top exporters. Prices have since declined after a UN-brokered deal to allow ships with Ukrainian grain to pass safely through the Black Sea. Talks are currently taking place to renew that agreement, which expires on Nov. 19.

The global climate emergency continued to be a key focus. Australian billionaire Andrew Forrest challenged corporations to quit fossil fuels, saying they need to stop leaning on trendy terms like “sustainability” and “ESG.”

Forrest, founder and chairman of iron ore producer Fortescue Metals Group Ltd., said technology already exists to decarbonize most sectors, arguing that the current energy crisis was a result of a lack of investments in energy more broadly rather than, as some claim, an underinvestment in fossil fuels.

“We are now worse than the worst case scenario,” says Gro Intelligence CEO Sara Menker on the global food crisis.

Menker, whose firm is a provider of AI driven real-time agriculture and climate updates, was speaking at the Bloomberg #NewEconomyForum in Singapore pic.twitter.com/7GyrvJeSuH

Given the growing role of data in business, public and daily life, there was substantial discussion on how to combat a rising distrust of data. 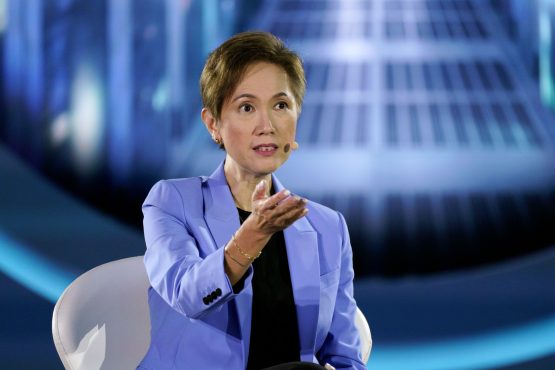 Teo said if governments don’t know what they’re regulating, it will “end up doing more harm than good,” warning that piecemeal rules would never work.

On the same panel, Mastercard CEO Michael Miebach said there’s no reason for the private sector not to step up in combating this problem. The question of “who’s going to attack us?” is one that keeps him up at night, he said. 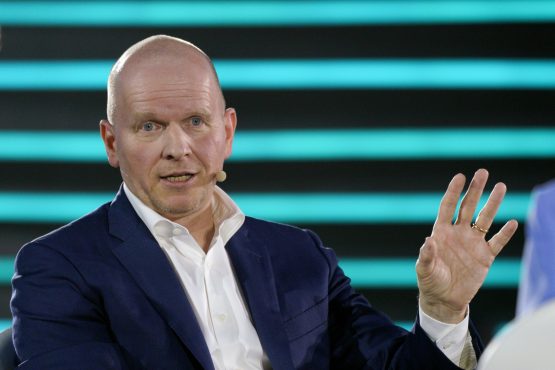 Sarah Hanson-Young, a senator for South Australia, said that regulatory systems are years behind and big tech companies have taken advantage of this for far too long, with the government “playing massive catch-up.”