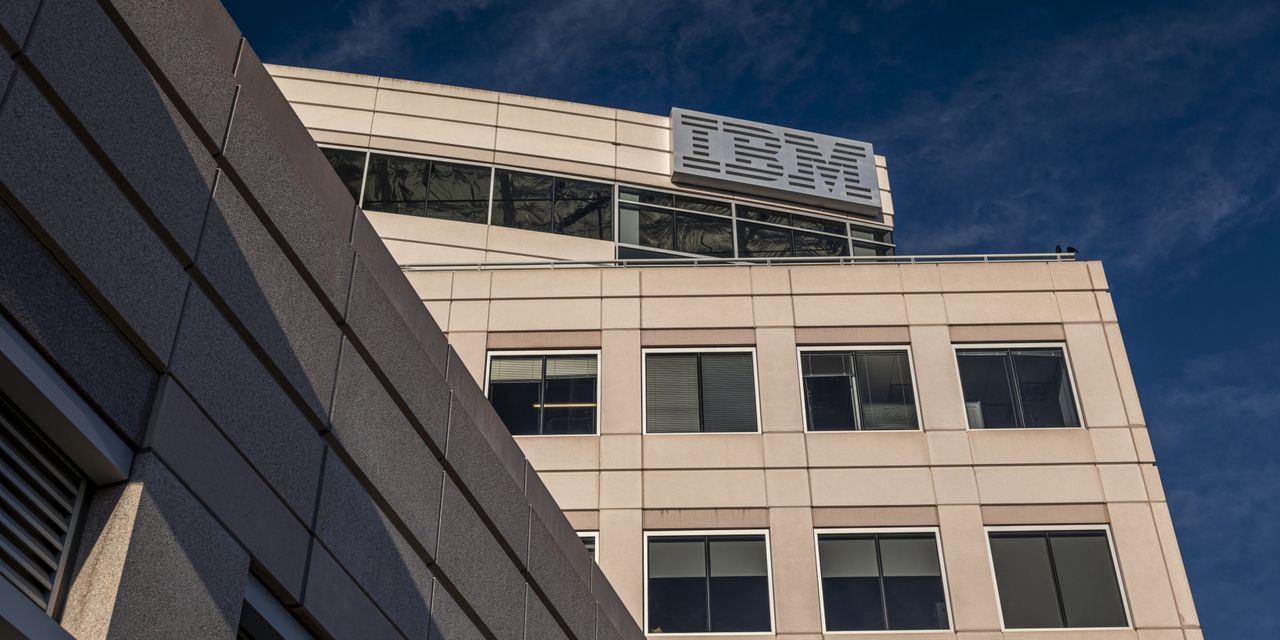 kicked off tech earnings season with better-than-expected quarterly results, despite headwinds from the strong dollar.

For the second quarter, IBM (ticker: IBM) posted revenue of $15.5 billion, up 9% from a year ago, or 16% adjusted for currency. That beat Wall’s Street’s consensus forecast of $15.2 billion. Profits on an adjusted basis were $2.31 a share, three cents ahead of analysts’ forecast. Under generally accepted accounting principles, the company earned $1.61 a share.

IBM continues to see positive results from its recent restructuring, which has focused the company on software and services tied to artificial intelligence and hybrid cloud computing. The company is also at the start of a new product cycle for its mainframe hardware business, which should help support growth for at least the next few quarters.

IBM CEO Arvind Krishna said in an interview Monday that the company’s growth was balanced across geographies in the quarter, with constant currency growth at the highest level in more than a decade, despite the current economic environment.

“We always remain paranoid,” he says. “But demand is pretty strong and on a global basis technology is the counterbalance to higher interest rates and inflation.” He said that demand in Europe remains strong, even in Eastern Europe, closer to the front of the Russian war on Ukraine.

He notes that many investors have been worried that the company’s consulting business, in particular, could slow in a downturn—that consulting is the first thing you cut. But he sees no signs of that unfolding. “I’m not so sure that will be true this time,” Krishna said. “Technology is more essential to our clients. They need our help and our expertise.”

Looking forward, Krishna doesn’t expect a recession of the depth of the 2008/2009 downturn, anticipating a couple of quarters of 1% to 2% decline in the Americas, with a little more uncertainty in Europe. But he also thinks that, barring a deeper recession, IBM’s growth rate won’t be affected.

IBM said currency headwinds reduced reported revenue by about $900 million, or about $200 million more than the company expected based on exchange rates when it last reported quarterly results in April. The constant currency growth rate includes about five percentage points related to

Kyndryl
,
the managed IT services company spun out by IBM last year.

Software revenue in the quarter was up 6%, or 12% in constant currency, driven by strength in automation, security, and Red Hat. Consulting revenue was up 10%, or 18% on constant currency, while IBM’s infrastructure segment grew 19%, or 25% in constant currency, reflecting the launch of the new z16 generation of mainframes. On a currency adjusted basis, software growth slowed from 12.3% growth, while consulting inched up from 17.4%. Krishna noted that z16 is off to a strong start, and ahead of the company’s previous expectations.

IBM reiterated its forecast for full-year revenue at the high-end of its revenue target of mid-single-digit growth, although the company tweaked its outlook for free cash flow to a single point of $10 billion, versus a previous range of $10 billion to $10.5 billion. Krishna said the revised cash flow number reflects $200 million related to the suspension of operations in Russia, cost inflation and foreign exchange effects He notes that IBM hasn’t changed its forecast for $35 billion in free cash flow for the three years through 2024.

“We are a faster-growing, focused, disciplined company with sound business fundamentals,” IBM CFO James Kavanaugh said in a statement. “Our recurring revenue stream and solid cash generation position us well to continue to invest in R&D, acquire new companies, and strengthen our talent in every part of the business, while also returning value to shareholders through our dividend.”

Despite the generally solid numbers and positive commentary from management, IBM shares were down 4% in late trading Monday.

IBM is are up 4% this year, outperforming the