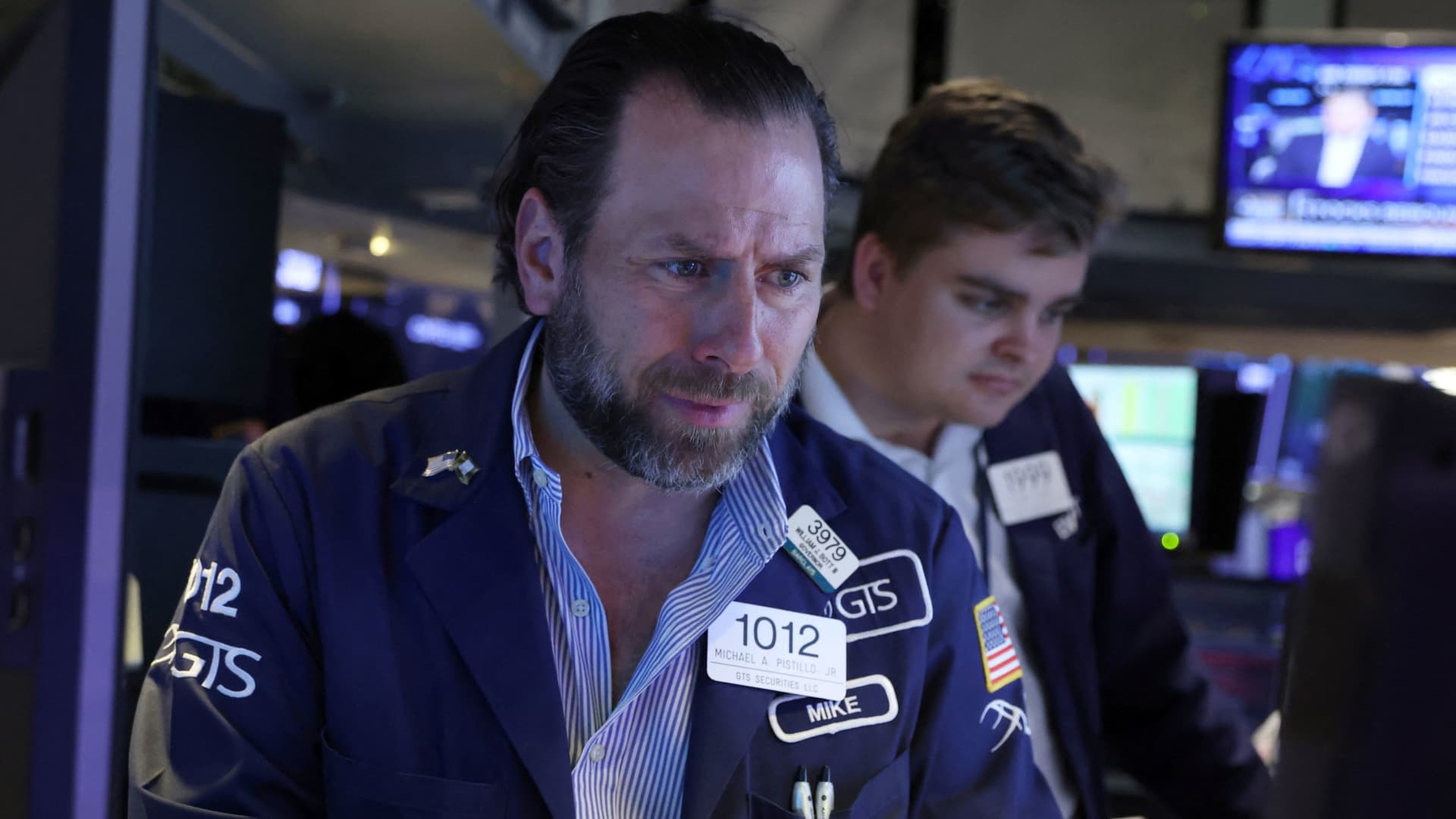 The depth of this year’s pullback has caught a lot of Wall Street strategists and analysts off guard, and it might not stop until they catch up. In a note to clients on Monday, Jefferies strategist Sean Darby highlighted the recent wave of price target cuts from Wall Street analysts. “If we are travelling at warp speed through the current interest rate cycle, then we are moving at light speed through the earnings momentum clock. Sell-side analysts are increasingly cutting target prices, pushing more companies into the fallen angels quadrant which generally warrants them being discarded from portfolios before the knife is finally slicing the target price,” Darby wrote. Banks and semiconductors are some of the sectors that have slid into that “fallen angel” quadrant, according to Jefferies. However, those price target cuts have so far largely been a matter of analysts lowering multiples for their stocks. Earnings estimates have still remained mostly steady, even as there are growing concerns about a recession in the U.S. at some point over the next 12 months. Until the analysts start to account for that downside and lower earnings estimates, it is unlikely stocks have bottomed yet, Darby said. “Our analysis suggests that, despite investor sentiment surveys being quite bearish, there has not been the cathartic selling that would accompany a market bottom. If we are correct, then the final part of the earnings momentum cycle is a combination of both earnings cuts and a slice in target prices. Investors should be conservatively positioned,” Darby wrote. That process has started, but just barely. Since March 31, analysts have cut their second-quarter earnings per share estimates for S & P 500 companies by just 1%, according to a note from FactSet’s John Butters on Friday. Meanwhile, the current net profit margin estimate for the 2022 calendar year is 12.6% for S & P 500 companies, according to Butters. On March 31, that number was 12.7%. — CNBC’s Michael Bloom contributed to this report.