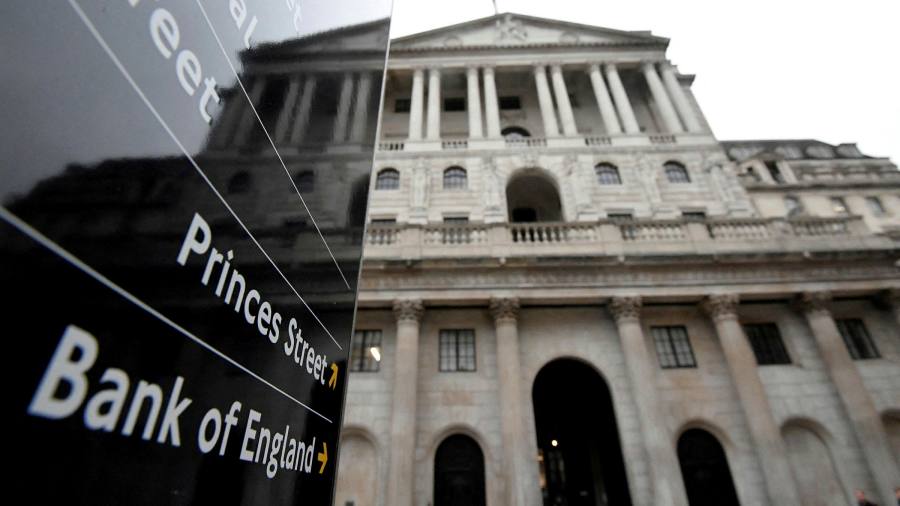 A sharp sell-off swept global bond markets on Thursday, as investors responded to signals that central banks in the UK and the eurozone are stepping up their inflation-fighting efforts.

The Bank of England sparked steep declines for UK government debt when it raised interest rates for the second consecutive meeting, with a sizeable minority of rate-setters voting for an aggressive half percentage point increase in borrowing costs.

As that decision ricocheted through markets around the world, the European Central Bank delivered a second blow by refusing to rule out an increase in rates this year as it too battles sky-high inflation.

“Central banks have been wrong on inflation and now they are needing to play catch-up,” said Mark Dowding, chief investment officer at BlueBay Asset Management. “As they do that, financial markets don’t like what they are hearing.”

Bond yields, which rise as prices fall, shot higher. The UK’s 10-year yield rose by 0.12 percentage points to 1.37 per cent, the highest level in more than three years. The equivalent German yield, a benchmark for assets across the euro area, climbed 0.11 percentage points to a nearly three-year high of 0.14 per cent.

US government bonds were swept up in the selling, with the 10-year Treasury yield up 0.07 percentage points at 1.83 per cent, close to a recent two-year high.

The BoE’s decision to raise interest rates by a quarter of a point to 0.5 per cent was broadly anticipated by markets, as the central bank tackles the highest UK inflation rate in 30 years. But the four votes for a bigger move on the BoE’s nine-strong rate-setting committee caught many investors off-guard. Traders cranked up their bets even more on a series of further rate increases to follow.

Markets are now pricing in an increase to at least 1 per cent by May, and 1.5 per cent by November — compared with expectations of August and March next year prior to Thursday’s meeting.

“It looks like rate hikes will be more front-loaded than the market was expecting,” said Howard Cunningham, a portfolio manager at Newton Investment Management.

The BoE also said that it would begin the process of unwinding its debt purchases by not reinvesting the proceeds of maturing bonds it holds in its portfolio.

The ECB’s decision to hold rates at a record low of minus 0.5 per cent was also in line with expectations. But markets were jolted by the ECB president’s departure from her previous insistence that 2022 rate increases were not consistent with the central bank’s guidance. Some analysts likened this to a shift in US monetary policy late last year, when the Federal Reserve dropped its long-held message that inflationary pressures were transitory.

Markets now expect the ECB’s deposit rate to climb to minus 0.1 per cent by the end of the year.