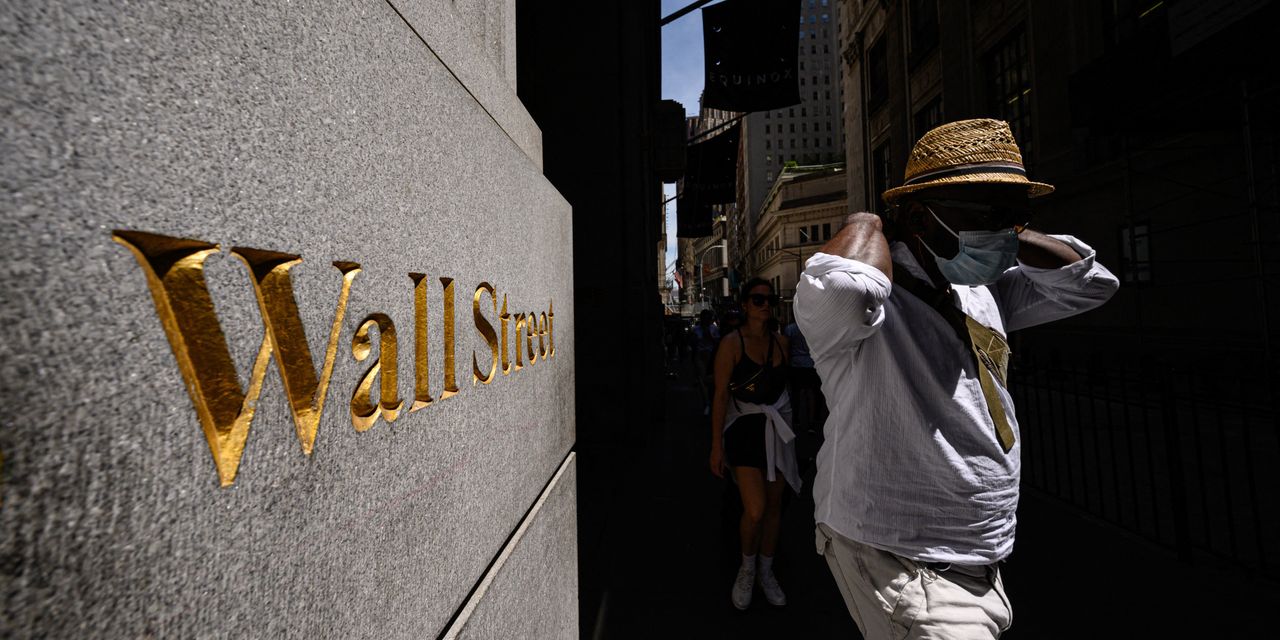 
Stock futures fell Wednesday, eating into a good chunk of the previous session’s gains, as investors went back to worrying that the Federal Reserve’s aggressive plans to tighten monetary policy could lead the U.S. into a recession.

Contracts linked to the

Federal Reserve Chairman Jerome Powell will appear before the Senate Committee on Banking, Housing, and Urban Affairs just as the markets open Wednesday. The Fed has been raising interest rates in a move to cool historically high inflation, which has led to fears on Wall Street that the central bank’s effort will lead the U.S. to an economic downturn. The S&P 500, despite the gains Tuesday, has declined 21% this year.

“The bounce in U.S. stocks after Monday’s holiday shows signs of being short-lived given that there was no major data out to support an ongoing buying spree,” said Susannah Streeter, senior investment and markets analyst at Hargreaves Lansdown. “U.S. futures point to a lower open for Wall Street, an indication that pessimism is seeping back into investor sentiment about the Federal Reserve’s ability to cool down inflation without inducing a cold shock for the U.S. economy.”

Lawmakers will be pressing Powell on Wednesday, and again on Thursday when he faces the House Financial Services Committee, about inflation and the growing threat of a recession. Economists at Goldman Sachs said late Monday they see a 30% chance of a U.S. recession over the next 12 months. Citigroup estimated Wednesday that the chances of a global recession were approaching 50%.

The Fed last week raised its benchmark interest rate by three-quarters of a percentage point, the largest increase since 1994. The central bank widely is expected to boost rates the same amount when it next meets in July.

Richmond Fed President Tom Barkin supported last week’s aggressive move by the central bank, and said Tuesday he agreed with Powell’s assessment that an increase in rates of either 50 or 75 basis points was “most likely” next month.

“We are in a situation where inflation is high, it’s broad based, it’s persistent, and rates are still well below normal,” Barkin said during a live-streamed conversation hosted by the National Association for Business Economics. “The spirit is, you want to get back to where you want to go as fast as you can without breaking anything.”

Barkin isn’t a voting member of the Fed’s interest-rate committee this year.

Here are some stocks on the move Wednesday:

would result in a reduction of as much as 3.5% of the company’s total headcount.

(MSFT) declined 2%. Shares of the tech giants have risen for two straight sessions.