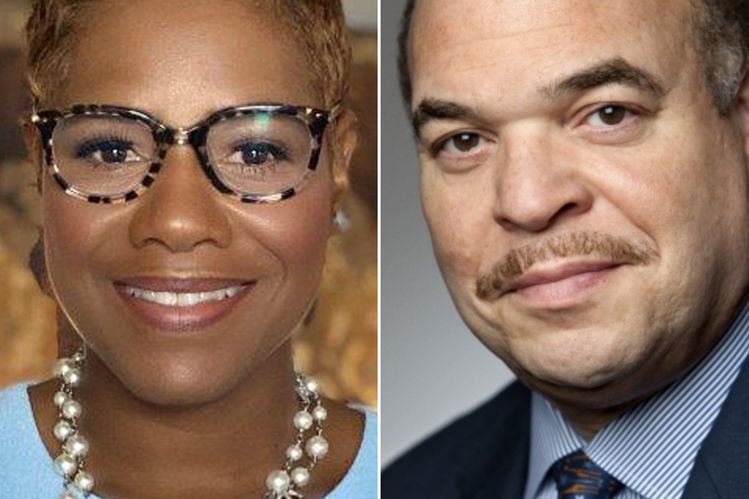 With two weeks to go before the second anniversary of George Floyd’s murder, which triggered a tremendous outpouring of grief and a resurgence of the Black Lives Matter movement across the world, the finance sector is still coming to terms with its own diversity issues.

At a Barron’s Live-Financial News event unpicking whether Wall Street has a diversity problem, Penny Sukhraj caught up with Ebony A Thomas, Bank of America’s senior vice-president for ESG, and J Derek Penn, the author of Diary of a Black Man on Wall Street.

The discussion landed fresh on the news that Darren Dixon, Goldman Sachs’ youngest Black partner, was leaving the firm to start his own fund, adding to a string of departures from the bank and shrinking its already small pool of Black executives. Dixon’s stellar journey to partner aged 33 was well known within and outside the investment bank. A year ago, the bank reported that it had 24 Black men and 25 Black women out of some 1,500 execs in the US. That’s about 3%.

Derek, with exits such as Darren Dixon’s, this must hurt Goldman. What do you make of what’s just happened?

J Derek Penn There is an expression: “If you don’t see it, you don’t think it, you can’t be it.” There are  not enough of us to represent and be that person that [others] can see and that role model. There needs to be a lot more ‘Ebonys’ and ‘Derek Penns’ on the street. And there just aren’t. There’s an awful lot of alternatives — the Googles, the Apples and Facebooks of the world. Back when I started in 1984, if you got to Wall Street, that was the end. But things have changed dramatically.”

Ebony, many have said not being able to identify with those above and around becomes a blocker for them – what’s your take and experience of this?

Ebony A  Thomas It’s hard to enter an industry or a space or place where you don’t see yourself reflected, particularly in leadership. We can go only as far as our ambition, but is that really true? Can ambition outpace unintentional bias, real bias? The fact is there is a ceiling in so many ways for some, and so I think it is a real issue.

What we’re also seeing, particularly across Wall Street, is not only high turnover — which is significant — of Black talent, but we’re also seeing an emergence of Black entrepreneurship in a way that is so fascinating and exciting. I think many of these organisations should support that in a way that these individuals go out [and] create ecosystems of talent around them that infuses more talent into the organisation… and also creating deeper and more sustainable pipelines over time.”

Last year, Wells Fargo CEO Charles Scharf apologised for his references to a shortage of Black talent. Is there a shortage of talent?

DP I think you address the pipeline early on, maybe even in high school. I didn’t know about Wall Street until I was 23 or 24 years old. But I think if we introduce Wall Street — as I have in a number of presentations — to youngsters, I think that increases the pipeline.

Secondly, you need to recruit where the people of colour are. If you’re looking places where they aren’t, you’re not going to find them.

The third thing is you can’t parachute a person of colour into a firm and expect them to thrive. You need some sort of mentorship. It is the majority that can’t understand what it is like to be only one of few.

ET Often if people talk about pipeline or lack thereof, it is this notion that typically Black or diverse excellence comes in small numbers — it’s abundant. Are you tapping different pipelines?

I would beg to offer that it actually doesn’t start at high school level. It starts as early as possible, right at the point of financial independence and understanding finances.

What do you think of diversity at feeder institutions – such as the Ivy League — for Wall Street?

ET Historically, Wall Street and banks would go to a select number of institutions to pull talent from. One of the reasons why talent then succeeded from those institutions is because they had a built-in network that they walked into immediately. So these institutions would immediately rally around these young people to make sure that they were successful. And now when we’re bringing in students from different organisations and different institutions, that same structure has to happen, whether that young person went to your institution or not. You have to see them and honour their experience.

DP The CEO that made that unfortunate comment just isn’t looking and working hard enough. You just have to cast a much broader net and look under every rock that you possibly can. All the talent exists, you just have to look harder for it.

Shortly after George Floyd’s passing, corporate America pledged more than $50bn towards racial equity projects. What would you have expected to have seen by now?

DP I believe that at the top of the house, most Wall Street firms thought it was a good thing to do some of the things they did. I don’t necessarily know where the rubber hits the road but I think a lot more needs to be done. The racial reckoning since George Floyd has been immense. I’ve personally seen more outreach from the majority and quite frankly, the millennials and the Gen Zs of the world are tired of this inequality.

ET The urgency with which those commitments were made has to be maintained — that same energy, that same need to act and respond, not based on a moment, but based on who you are as an organisation, your core value system of how you think about the support of these communities. It’s about listening, understanding and respecting their experience and what’s needed in these communities for it to really change.

So CEOs are signed up to improving diversity – is it middle management that needs accountability and transparency of their hiring practices?

DP I have worked at five different firms and each one of them had a diversity initiative. And quite frankly, at all five of those firms, it broke down with middle management. It’s been shown that diverse companies have better financial performance.

There are a couple of things that you can do to shore that up. The biggest one — the one I’ve seen to be the most effective — is to tie compensation to diversity and people-of-colour retention. Some firms are doing that a little bit. Not enough firms are doing it. But I think that’s where the rubber hits the road — certainly for Wall Street, because money is our currency. And quite frankly, the only effective ones that I’ve seen is when diversity has been tied to compensation.

How about tying diversity targets to clear penalties for firms that fail to maintain diverse teams, in a bid to achieve ESG goals, and capture the ‘S’ or social impact element?

ET That’s a tough one, right? Because at the end of the day, what you also want to do is foster a really amazing culture within your organisation and you don’t want to have a culture of penalty, a culture of negative consequence.

What you want to foster within an organisation is a culture of accountability, a culture of diversity and a culture of inclusion. It’s not to say that compensation shouldn’t be tied to it, but I don’t necessarily think that it has to be something negative or something that has a negative consequence.

DP I certainly appreciate what Ebony has to say. But quite frankly, in my 34 years on the street, I’ve only seen scenarios where it’s tied to compensation that it really is effective. I’m a trader of 34 years — we’re pretty, pretty absolute. It’s black and white — pardon the pun — but if you really want to get somebody’s attention, affect their pocketbook.

Were you able to find mentors that you were able to relate to?

ET It took time. It’s hard to navigate a place where you don’t see yourself reflected and you don’t necessarily see your experience reflected. And so the notion of vulnerability, right? Of ‘how do I reach out?’ and ‘how do I make sure that there are mentors around me?’

There are two ways. There are the organic mentors through your work that see things in you and gravitate and want to support and sponsor. The notion that people, particularly people of colour or women, are going to reach a space and place on their own isn’t realistic. Then there’s the intentional way. I’ve learned over the past year that there were doors that I didn’t even know existed and you can only know those doors are in existence if you have sponsors that can open them for you. That’s the reality.

DP I’ve been in the business for so long that unfortunately, at four of the five firms I worked at, I was the senior-most person of colour. So I really didn’t have anybody I could look up to. I did have a number of people I could bounce things off and pull their coattails a little bit, but in my 34 years, I had more white mentors than anything else. And quite frankly, I wouldn’t have had the success that I had if it had not been for many of those white mentors — that goes over back to my days at Morgan Stanley. So there are possibilities for mentorship in all sorts of places. But ironically, I found it amongst my white brethren.

If Wall Street and the financial services industry as a whole has a mediocre record of retaining and promoting women and people of colour, especially in the executive ranks, why should students of colour consider the industry as a good fit for them?

ET Companies have to constantly share their value propositions with talent, as well as with their existing talent — so this notion of re-recruiting individuals, checking in, making sure that their career is progressing in the right way. I believe because I’ve had an incredibly successful career in financial services that it is such a great place to grow, to learn the skill sets, the pace of the work, the exposure, the access. For me, to be able to support communities through our ability to share our success across our communities, is incredibly important.

DP I wrote my book for three reasons. And the first reason was to inspire young people of colour to enter the business. Some of us are change agents, some of us want to go with the flow, and I respect both of those. I wanted to be a change agent, quite frankly. I remember the first couple of weeks I was at Morgan Stanley. The head of recruiting said, ‘Well, you’re going to be our Jackie Robinson.’ ‘Well, that’s a little frightening,’ I thought. But it was also very encouraging. If you’re a fighter and you want to be in this industry and it excites you, you go for it. It can be a very exciting industry, a very rewarding industry, not just monetarily, but just psychically and emotionally.

Watch the webcast: Does Wall Street have a diversity problem?

For the podcast version on Spotify, go here, or choose Apple if you prefer

To contact the author of this story with feedback or news, email Penny Sukhraj