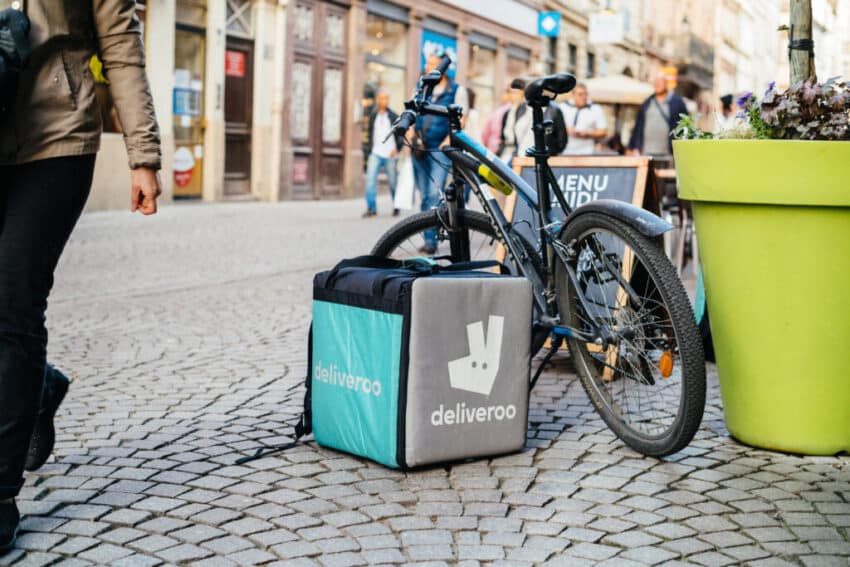 Losses at Deliveroo soared by more than half to £147m in the first six months of the year, with the embattled company facing a dramatic slowdown in revenue growth as the cost of living crisis affects the demand for takeaways.

The London-listed company also announced that Simon Wolfson, the chief executive of the clothing retailer Next, is to step down from the board with immediate effect.

Wolfson, who joined the board 18 months ago in his first external directorship in three decades, said that the role was “no longer compatible” with his executive and other commitments.

Deliveroo said revenues rose 12% year on year to £1.01bn in the first six months but pre-tax losses widened by 54% because of the soaring cost of delivery riders and staff – particularly those in technology roles.

Its figures also showed the rapid impact of the cost of living crisis, with revenue growth slowing dramatically from 12% in the first quarter to only 2% in the three months to the end of June, as consumers cut back on non-essential spending as household bills soared.

“We have made good progress delivering on our profitability plan despite increased consumer headwinds and slowing growth during the period,” said Will Shu, the chief executive and co-founder of Deliveroo, which has failed to make a profit since it was set up in 2013. “We remain confident in our ability to adapt financially to any further changes in the macroeconomic environment.”

The company, which said it was closing its operation in the Netherlands, reported a 10% increase in deliveries year on year to 160m in the first six months, while monthly active customers rose 4% to 7.8 million.

However, gross transaction value per order – the amount customers spent on a takeaway on average – fell by 4%, which the company said was because consumers were spending more during lockdowns last year.

The company, which pulled out of Spain last year and Germany in 2019, beat analyst expectations, with investors nudging its share price up almost 4%.

However, the publication of the results followed a downgrade issued last month for full-year total GTV growth of 4% to 12% – from a previous forecast of between 15% and 25%.

“Growth has slowed in the past quarter and the principal reason it managed to beat estimates was by cutting back on marketing spend,” said Danni Hewson, a financial analyst at AJ Bell.

The share price of Deliveroo, which made a disastrous flotation in London in March 2021 that prompted city watchers to call the company “Flopperoo”, has slumped by three-quarters in the past year.