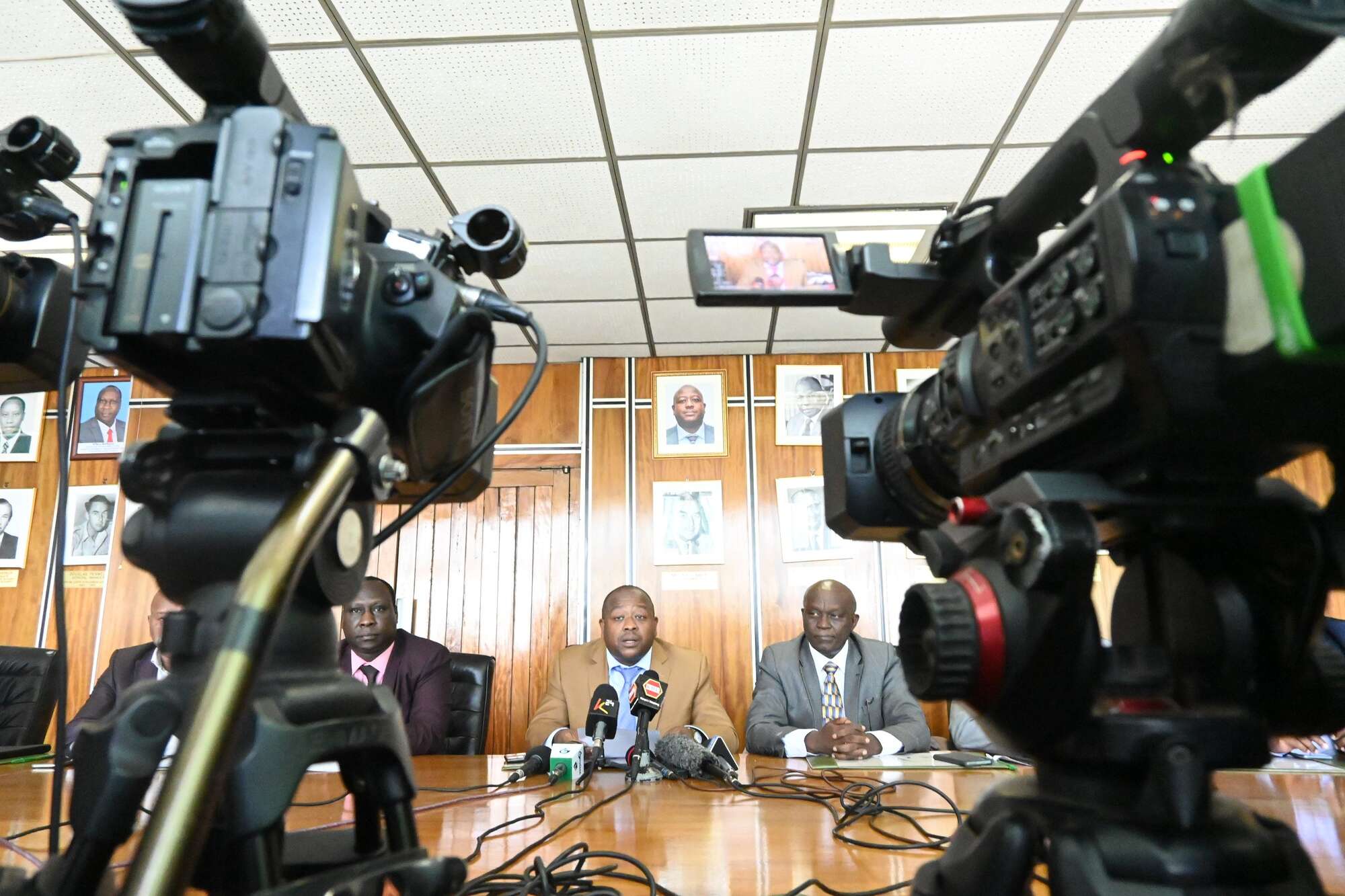 A judge has granted Kenya Tea Development Agency (KTDA) chief executive officer Wilson Muthaura two more days to file his reply over a contempt of court application brought against him by two senior officials of the company.

Justice Bernard Matanga directed Mr Muthaura to be ready in two days for the hearing of the application filed by Mr Albert Otochi, managing director of KETEPA and Japheth Sayi, the general manager of KTDA Power Company, subsidiaries of KTDA.

ALSO READ: Battle for the control of KTDA spills back to court

The two officials allege that Mr Muthaura has gone ahead and reduced their salaries by half against a court order they obtained on September 29.

The officials have accused the company’s CEO of interfering with their jobs by suspending them and slashing their salaries by half despite obtaining a court order blocking the action.

The two officials rushed to court in September after they were served with a show cause notice, for allegedly interacting with some directors of KTDA.

The court then issued orders stopping the company from commencing the disciplinary process, pending the hearing of the case.

They, however, said in the latest application that the CEO has gone ahead and ordered them to be paid half their salary and was in the process of filling their positions. They now want the court to hold the CEO in contempt.

Last week, Employment and Labour Relations judge Anne Mwaure directed the company to stop further interference with the jobs of the two officials. The court also directed the case to be heard on November 16.

“That pending the hearing and determination of this application, a conservatory order is issued against the respondents barring them from further interference with the claimants’ employment including the further deduction of their salaries and terminating the employment,” the judge said.

Mr Otochi says he received a letter on September 28, asking him to show cause for allegedly interacting with the directors of KTDA. He was given 48 hours to show cause why disciplinary action should not be taken against him.

According to Mr Otochi, Mr Muthaura is misrepresenting himself as the group chief executive officer, yet he is the general manager, of human resources and administration and hence not his supervisor. He says the issuance of the letter, when he is not his supervisor, is unlawful.

He further says the CEO commenced the disciplinary process against him and the human resource policy says suspension should only be issued where there are pending investigations.

Mr Otochi says he was suspended yet there are no pending investigations.

Further, he says the group HR policy also allows him to interact with directors, and the purported charges for gross misconduct for interacting with directors are illegal.

“There is no valid reason for seeking to commence disciplinary action against the claimant, who by law is allowed to interact with his employer, the 2nd respondent as managed by its directors,” Mr Otochi said.