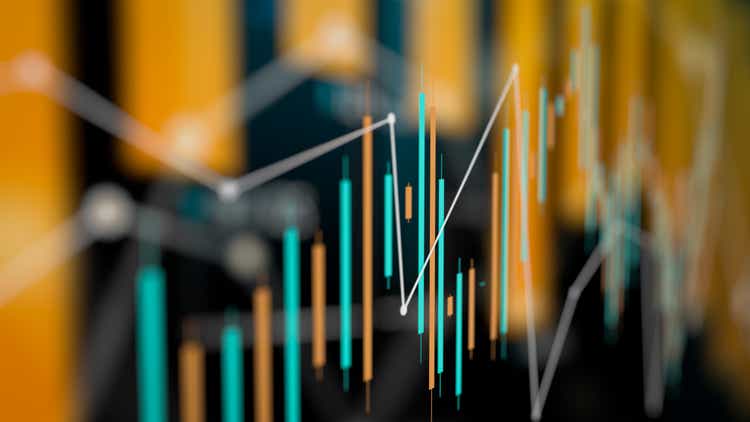 The ongoing tech sell-off (along with a broader-market downdraft on international tensions) hit some of the biggest names this week in Communications Services – the sector that led all others on the way down the charts.

The S&P 500 ended the week in the red, with Communications stocks worst of all 11 sectors, sinking 3.9% as a group. The sector’s Select Sector SPDR fund (NYSEARCA:XLC) fell 2.7% for the week.

That drop drew heavy impact from a still-suffering behemoth in the group. Meta Platforms (NASDAQ:FB) was the sector’s worst performer last week with a 21%-plus slide; it added on to that this week, with a 7.4% drop ending up as third-worst in the group among large-cap stocks.

It was an eventful week for Meta that started with the news that longtime boardmember Peter Thiel was leaving his director’s seat to focus on Trump politics. This coming Tuesday, the company reportedly plans a major announcement to employees about how it will realize its metaverse vision.

Meta was just the third-worst performer, however. Top “honors” go to Lumen Technologies (NYSE:LUMN), which sunk 19.3% for the week after its latest guidance raised new worries that it would eventually have to cut an all-important dividend. Lumen’s decline was followed by that of Warner Music Group (NASDAQ:WMG), down 8.7% for the week after it posted earnings where it beat revenue expectations.

On the gainers side, the sector was led by ad giant Omnicom (NYSE:OMC), up 10.5% for the period after Wednesday’s earnings showed broad growth in its market, across all disciplines and geographies.

Fox share classes (FOX, FOXA) also each hit the top five gainers after its second-quarter earnings, where sports and ad-supported video led the broadcaster to an easy quarterly beat.