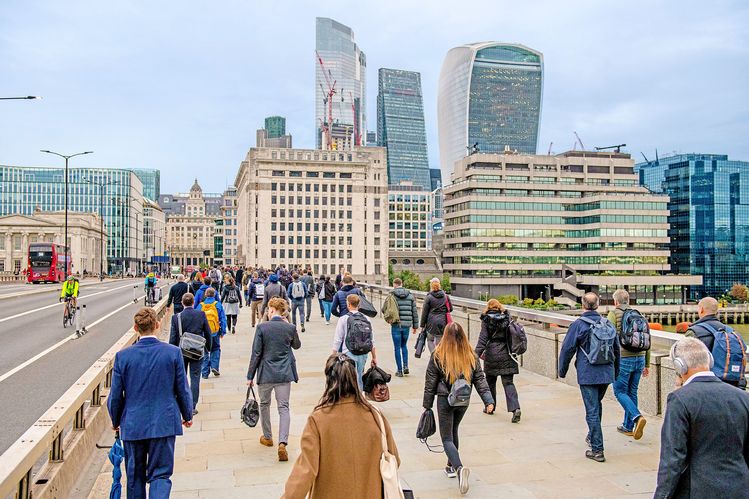 City workers changing jobs in the first quarter of the year have received a typical salary bump of 22% amid a fierce battle for talent across financial services.

“The volume of jobseekers has not proportionally increased in line with new jobs available… causing further pressure on firms to bid with higher salaries to secure talent.”

The data from the recruitment firm’s London employment monitor comes as the war for top staff among City firms intensifies.

The figures, published on 14 April, also showed that the City has seen a 73% increase in jobs available year-on-year, showing a “stubborn resilience in the face of adversity,” said Enver.

There were more than 11,000 jobs advertised in the first quarter of 2022, the recruitment firm said, the highest quarterly volume since the start of 2019.

This shows the City’s “tenacious rebound” from the hiring dip caused by the pandemic, Enver said.

“The start of 2022 has been a tale of two opposites for London,” he added. “On one hand, the Omicron variant, the ongoing invasion of Ukraine and its subsequent energy crisis, 30-year-high inflation and rising interest rates have been the talk of the tabloids.

“On the other, London’s corporate ‘bubble’ has prospered, seemingly unphased by what is happening elsewhere in the world.

“The first three months of this year saw companies hiring in their droves and professionals with renewed confidence to move,” said Enver. “It’s safe to say that firms have been desperate to hire.”

The recruitment firm also found that there were 51% more professionals looking for jobs in the first quarter of 2022 compared to the same period last year.

The spike reflects what experts have been calling the “Great Resignation”, as more white-collar workers push back against long hours during the pandemic and complain of burnout.

Investment banks have been making headlines over the past year as they hike pay for junior bankers amid concerns of staff attrition sparked by a leaked presentation by 13 Goldman Sachs analysts in March 2021 that outlined the mental and physical strains of 100-hour weeks during the pandemic.

To contact the author of this story with feedback or news, email Bérengère Sim