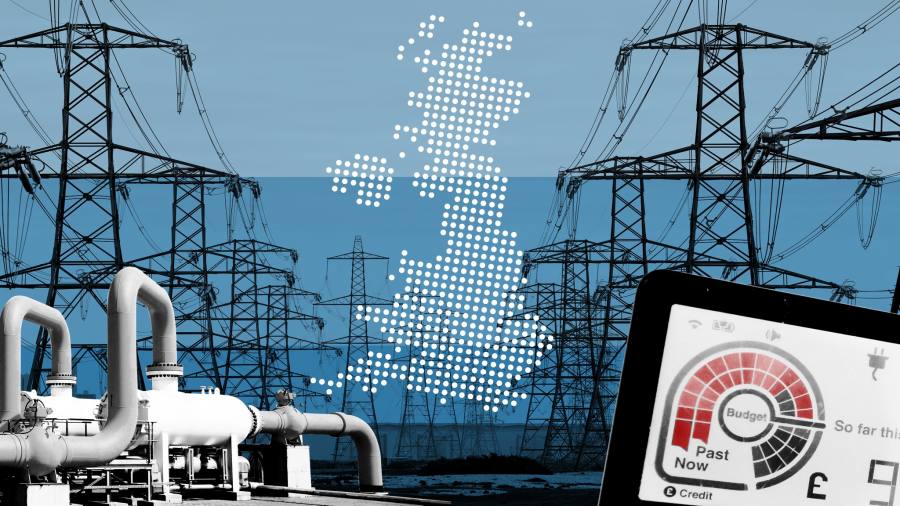 For months ministers have been insisting British households and businesses have no reason to fear the possibility of gas shortages or the lights going out this winter.

But with most of the focus of the energy crisis so far on how consumers will cope with soaring energy bills, Kwasi Kwarteng, the business secretary, has had officials working on a range of “reasonable worst-case scenarios”, despite public declarations the country has “secure and diverse” energy supplies.

The scenarios include Britain facing a potential shortfall in its electricity supply of up to a sixth of peak demand, and four days in January where emergency gas shortage measures may need to be deployed. Privately, officials acknowledge the pressures on Britain’s energy system from the current crisis are “extreme”.

The consequences for consumers under these scenarios are potentially grave, including possible restrictions on gas supplies to industry and power stations, resulting in power cuts for both businesses and households.

Government officials insist their “central case” remains that Britain will have adequate gas and electricity supplies this winter. “We have a price issue, not a security of supply issue,” said one ally of Kwarteng.

But the emergency war-gaming behind closed doors in Whitehall highlights what industry analysts and executives have warned of for months: ministers cannot be complacent about supplies as the weather gets colder.

“The risks to security of electricity supplies this winter will be higher than they have been for years,” said energy consultant Kathryn Porter of Watt-Logic.

Unlike the EU, which sourced 40 per cent of its gas from Russia prior to the full invasion of Ukraine, Russian gas accounted for just 4 per cent of British supplies.

Yet Britain’s energy market remains closely linked to those on the continent and would share the pain if Russia decided to cut off supplies to Europe this winter. Britain normally relies on gas and electricity imports through subsea pipes and cables from the EU and Norway to make up for shortfalls.

But beyond the threat of Moscow turning off the taps completely, there are other problems that threaten to complicate matters for Britain during the winter months.

Norway on Monday warned it might have to curb electricity exports after extreme temperatures across the continent left water levels at key hydropower reservoirs in the south of the country at 26-year-lows. This could reduce flows of power to Britain through the 1.4 gigawatt subsea power cable with Norway that opened last year.

Output from France’s large fleet of nuclear reactors has also hit multi-decade lows this year due to problems including corrosion at older plants. France has long been a reliable source of electricity imports but since April, the flows have reversed with Britain in the unusual position of being a net exporter to France

As a result, Porter said the UK would become “vulnerable at times when it’s not windy, particularly in winter when still weather tends to also be cold and frosty . . . That’s when National Grid . . . expects us to be able to import [electricity].”

As a result of the Ukraine conflict, Britain has used the second largest processing capacity for liquefied natural gas in Europe to export gas through the subsea pipelines to the continent at record levels.

The exports have been made possible by a sharp increase in cargoes of LNG arriving at British ports and are helping to refill storage facilities on the continent in the hope the EU will have enough gas in the winter to allow it to flow in the opposite direction. Britain has little gas storage of its own while, in contrast, the EU has comparatively fewer facilities to re-gasify LNG.

Under their base case scenario, the assumptions of the National Grid and government are that Britain will continue to be able to buy the LNG cargoes it needs this winter to fill supply gaps.

But analysts and academics are less confident, particularly if demand for LNG in Asia rises as China re-emerges from coronavirus lockdowns.

“Their assessment of our gas security has always been: ‘Well we have got enough pipes and diversity of sources of supply, the market in the past has delivered and the market will continue to deliver.’ [But] the question in my mind is will the market continue to function uninterrupted through the winter?” said Mike Bradshaw, professor of global energy at the University of Warwick.

An influential House of Lords committee last month urged the government to strike an emergency gas agreement with the EU to ensure co-operation in the event of a full shut-off of Russian supplies — a call that has been echoed by energy companies.

“It makes sense to work together on these questions,” said Kristian Ruby, secretary-general of Eurelectric, which represents more than 3,500 power companies across Europe.

UK officials insist the government has been working on contingencies throughout the summer. These include halting the planned shutdown next month of two large coal-fired power stations, with negotiations continuing over a third plant.

Britain’s limited gas storage facilities are already 90 per cent full, higher than at this time last year, according to officials. Kwarteng is also in discussions with British energy group Centrica to reopen Rough, Britain’s biggest gas storage site that was effectively closed in 2017, although that is unlikely to be operating at full capacity this winter.

National Grid is also trying to reach agreement with a range of businesses to dial down energy use when supplies are tight. It is similarly examining how to provide incentives to millions of households to avoid using electricity at peak times.

Yet even if blackouts are averted, analysts warn of a bleak winter ahead for consumers given the increasingly high cost of gas and electricity if supplies become tight across Europe, and especially if temperatures plunge.

“We should keep our fingers crossed for mild, wet and windy weather across Europe this winter,” said Porter.

The government said that households, businesses and industry could be “confident they [would] get the electricity and gas they need”.