Boris Johnson was accused by a senior Conservative MP of being “no longer worthy” of high office, as MPs prepared to vote on whether he deliberately misled the House of Commons in the partygate scandal.

The UK prime minister on Tuesday offered a “wholehearted apology” for breaching Covid lockdown, but Mark Harper, a former Tory chief whip, said Johnson was asking his MPs to “defend the indefensible”.

Johnson is scheduled to fly to India on Wednesday on a trade and diplomatic mission, leaving behind a Westminster swirling with criticism of his conduct and a key vote looming.

Commons Speaker Sir Lindsay Hoyle has granted a debate on Thursday on whether MPs want to refer Johnson to the Commons privileges committee, to consider whether he deliberately lied to the House.

Harper told a highly charged chamber that many Tory MPs would be forced to reluctantly back Johnson in a subsequent vote. “I think he is no longer worthy of the great office he holds,” he said.

Johnson, making a statement to MPs after the Easter break, struck a contrite tone, repeating his assertion that “people have a right to expect better of their prime minister”.

He insisted last December that “all guidance was followed completely”, but this month police issued the prime minister with a £50 fine after he attended a surprise birthday party in Number 10 when Covid restrictions were in place in June 2020.

But the prime minister insisted “it didn’t occur to me then or subsequently” that his attendance at the event in the cabinet room would breach Covid lockdown rules. This argument is Johnson’s defence against claims he misled MPs that rules were not broken.

Sir Keir Starmer, Labour leader, called Johnson’s partygate statement — which was wrapped up with an update on the situation in Ukraine — “a joke” and said the prime minister was “a man without shame”.

In a powerful intervention, listened to in silence by Tory MPs, Starmer claimed Johnson’s behaviour was intended to “drag everyone else down with him” and to make voters think all politicians were the same.

He urged Conservative MPs to topple the prime minister “to bring decency, honesty and integrity back into our politics”. Many Tory MPs left the chamber long before Johnson finished answering questions.

However the prime minister is not in imminent danger; in spite of Harper’s comments, most Tory MPs are sticking with Johnson for now, albeit with some nervousness.

“Thursday will be very embarrassing for many MPs,” said one former cabinet minister. “It will no doubt continue, with multiple further embarrassments to come.”

MPs fear Johnson will be issued with new fines relating to lockdown gatherings, while local elections on May 5 will give voters a chance to give their own verdict.

Johnson denies that he deliberately misled MPs and his allies expect the Commons to reject a committee probe because the Conservatives have a working majority of almost 80. 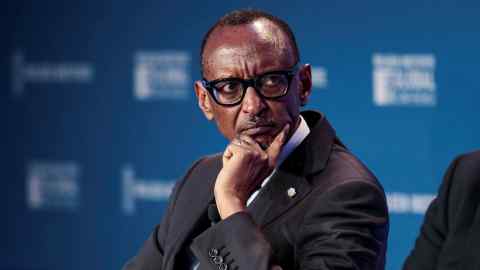 However opposition parties are expected to use the debate to depict Tory MPs as being prepared to defend a “liar”. The partygate affair is already featuring prominently in campaigning for the May polls.

Johnson’s allies insisted there was “no way” that the prime minister would cancel his trip to India, even though MPs will be voting on his probity while he is abroad. They said the visit was “critical for jobs, trade, investment and diplomacy”, but Johnson’s attempt to focus on those issues is likely to be dogged by repeated questions about why he broke the Covid rules that he had set.

The prime minister on Tuesday night attempted to rally his party at a meeting with all MPs.

He told the Commons that he now felt an “even greater sense of obligation” to the British people to get on with the job of dealing with issues such as the energy crisis and Ukraine.