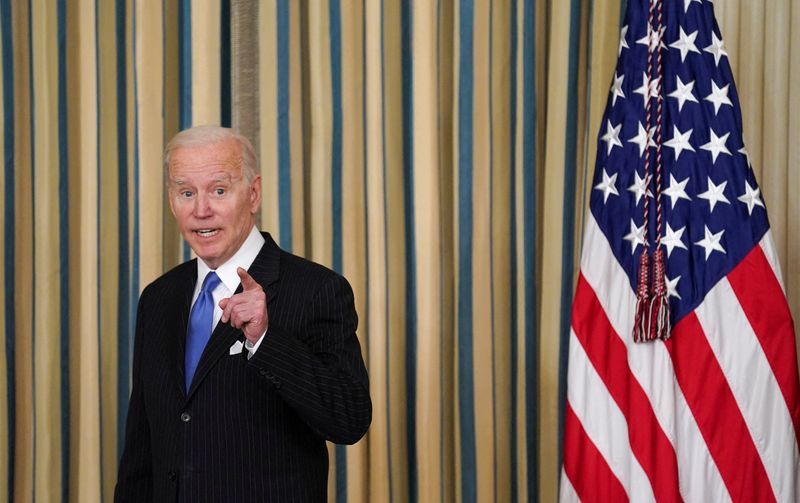 White House press secretary Jen Psaki told reporters aboard Air Force One as Biden flew to New Hampshire that the leaders reiterated their commitment to providing security, economic and humanitarian assistance to Ukraine in the face of Russian’s invasion.

She said the United States is preparing another round of sanctions to impose on Moscow in coming days.

In the 90-minute video call, Biden and the allies discussed their diplomatic engagements and coordinated efforts to continue to impose “severe economic costs to hold Russia accountable,” said Psaki. They are to coordinate through the G7, the European Union and NATO, she added.

Russia seized a town in eastern Ukraine as part of a fresh all-out assault that Ukraine has described as the Battle of the Donbas aimed at taking two provinces.

The United States sees Russia carrying out a “prelude” to larger, expected offensive operations in the eastern part of its neighboring country, a senior U.S. official on Tuesday.

Biden, asked by reporters if he planned to supply Ukraine with more artillery, said he would do so.

A French presidential adviser said allies had discussed how to provide security guarantees to Ukraine after the war if it’s not part of NATO and its automatic defense mechanism known as article 5.

“Our country is ready to provide security guarantees,” the French official said. “It would be military supplies so that it can deal with a new attack or, possibly, guarantees that would see us get involved if Ukraine is attacked in a way where we could assess how to assist it.”