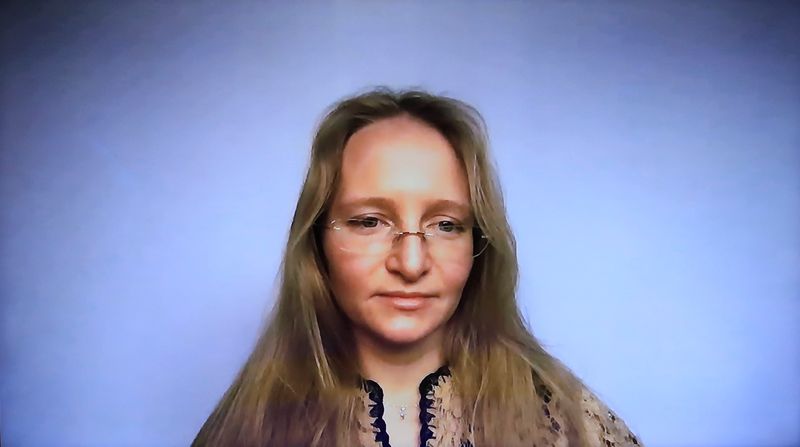 © Reuters. Katerina Tikhonova, deputy director of the Institute for Mathematical Research of Complex Systems at Moscow State University, daughter of Russian President Vladimir Putin, is seen on a screen as she takes part in a session of the St. Petersburg Internatio

SYDNEY (Reuters) – The Australian government has imposed sanctions and travel bans on two daughters of Russian President Vladimir Putin and Foreign Minister Sergei Lavrov’s daughter, it said in a statement on Friday.

It follows similar measures undertaken by other Western nations including the United States and Britain, and takes the total number of people and entities in Russia subject to Australian sanctions to nearly 750.

It did not name the two Putin daughters but the Russian president is known to have two adult daughters, Katerina Tikhonova and Maria Vorontsova. The statement added President Putin and Lavrov were added to the sanctions list on Feb. 27.

The fresh round of sanctions also targets 144 Russian senators who provided support to President Putin by approving the “illegitimate” recognition as independent the breakaway regions of Donetsk and Luhansk in eastern Ukraine on Feb. 22, Australia’s foreign ministry said in its statement.

Foreign Minister Marisa Payne added that Australia will continue to increase costs on Russia by targeting those who bear responsibility for the “unjustified and unprovoked aggression in Ukraine”. Russia calls its invasion a “special military operation” to demilitarise and “denazify” Ukraine.