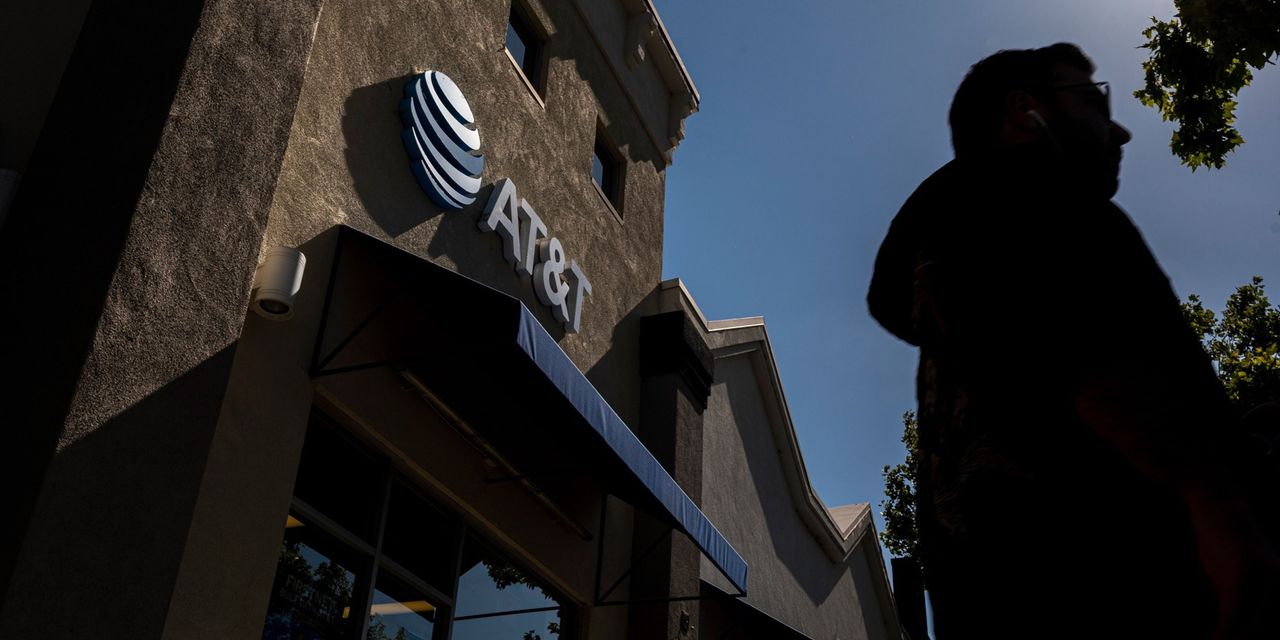 A company cutting its dividend after a spinoff is uncommon, but not unprecedented. The longer-term outcomes can vary markedly.

(ticker: T) joined this club on Tuesday, when it said it expects that its annual dividend will be $1.11 a share, down sharply from $2.08 in 2021, after its planned spinoff of its WarnerMedia assets as part of a deal with

(DISCA) that is expected to close in the second quarter.

AT&T’s rebooted yield would be about 6.2%, based on recent stock prices and adjusting for the value of Warner Bros. Discovery stock to be received by AT&T holders—still pretty high, but well off the roughly 8.5% where it was this past week under the old payout. The lower yield and smaller operation could dampen enthusiasm, at least initially, pressuring the stock.

When the deal with Discovery was unveiled last year, it upset some AT&T shareholders, who had come to expect a big dividend and a juicy yield. The press release announcing the spinoff didn’t mention a dividend for the new entity. Discovery, which has a lot of debt, doesn’t pay a dividend. Still, AT&T has said it believes that its eventual yield, though lower than before, will remain attractive.

Morningstar analyst Michael Hodel observed in a Feb. 1 note that AT&T “is moving in the right direction, using the planned WarnerMedia spinoff to shift to a dividend policy that better supports needed investment.”

The history of other companies that have made similar dividend moves after a spinoff is checkered in terms of payouts and performance, but the circumstances of the payout reductions and the deals vary considerably. Here is a look at a few recent instances of spinoffs and dividend cuts:

(IP) announced in October that it was slashing its dividend by nearly 10%, to $1.85 annually. This change was connected to its spinoff of

(SLVM), whose products include paper used for copying and printing.

The fledgling company hasn’t paid a dividend, but Sylvamo’s stock has appreciated about 25% since around when it began trading last fall. That compares with a minus 10% return for International Paper, dividends included.

(PEAK), slashed its quarterly dividend to 37 cents a share from 57.5 cents in late 2016. That was connected to its spinoff of Quality Care Properties in October of that year.

That dividend cut led to

HCP
,
as it was known at the time, being kicked out of the S&P 500 Dividend Aristocrats Index in early 2017. The Aristocrats require members to have paid a higher dividend for at least 25 straight years.

So in this instance, Healthpeak Properties shareholders had to live with a dividend cut, as well as not receiving a dividend from the company that was spun off. Shares of Healthpeak have returned about 7% annually since when it spun off QCP, trailing the S&P 500’s annual return of about 18% over that time.

Other companies have handled the dividend differently when they do spinoffs, and investors have fared the same or better with the dividend in some cases—as long as they held on to shares of the company that was spun off.

(TNL), spun off its hotel business as

Barron’s brings retirement planning and advice to you in a weekly wrap-up of our articles about preparing for life after work.

Shares of Wyndham Hotels have an annual return of about 9% since around when it began trading, compared with approximately 8% for Travel + Leisure. Dividends of T+L are up to 35 cents a quarter, and Wyndham’s are now at 32 cents.

(ABT) spun off pharmaceutical company

So, if Abbott Laboratories shareholders kept the AbbVie shares they received in the spinoff, the combined dividend was initially 54 cents, three cents above what Abbott had been paying before the spinoff.

AbbVie has gone on to become a popular dividend stock, with an annual return of about 21% since around when the spinoff occurred; its most recent quarterly dividend was $1.41 a share. Abbott Laboratories has returned around 19% annually since then, and its dividend is back up to 47 cents a quarter.

(KTB), which was spun out from VF, paid a quarterly dividend soon after its launch that year of 56 cents a share.

Kontoor has notched an annual return of about 12% since it began trading, versus minus 8% for VF shares. VF’s quarterly dividend is now up to 50 cents a share, while Kontoor’s has been trimmed a bit to 46 cents after being suspended for a time early in the pandemic.

As these disparate results show, it’s difficult to handicap how dividend investors will fare when one of their holdings does a spinoff.

AT&T investors should keep this in mind.