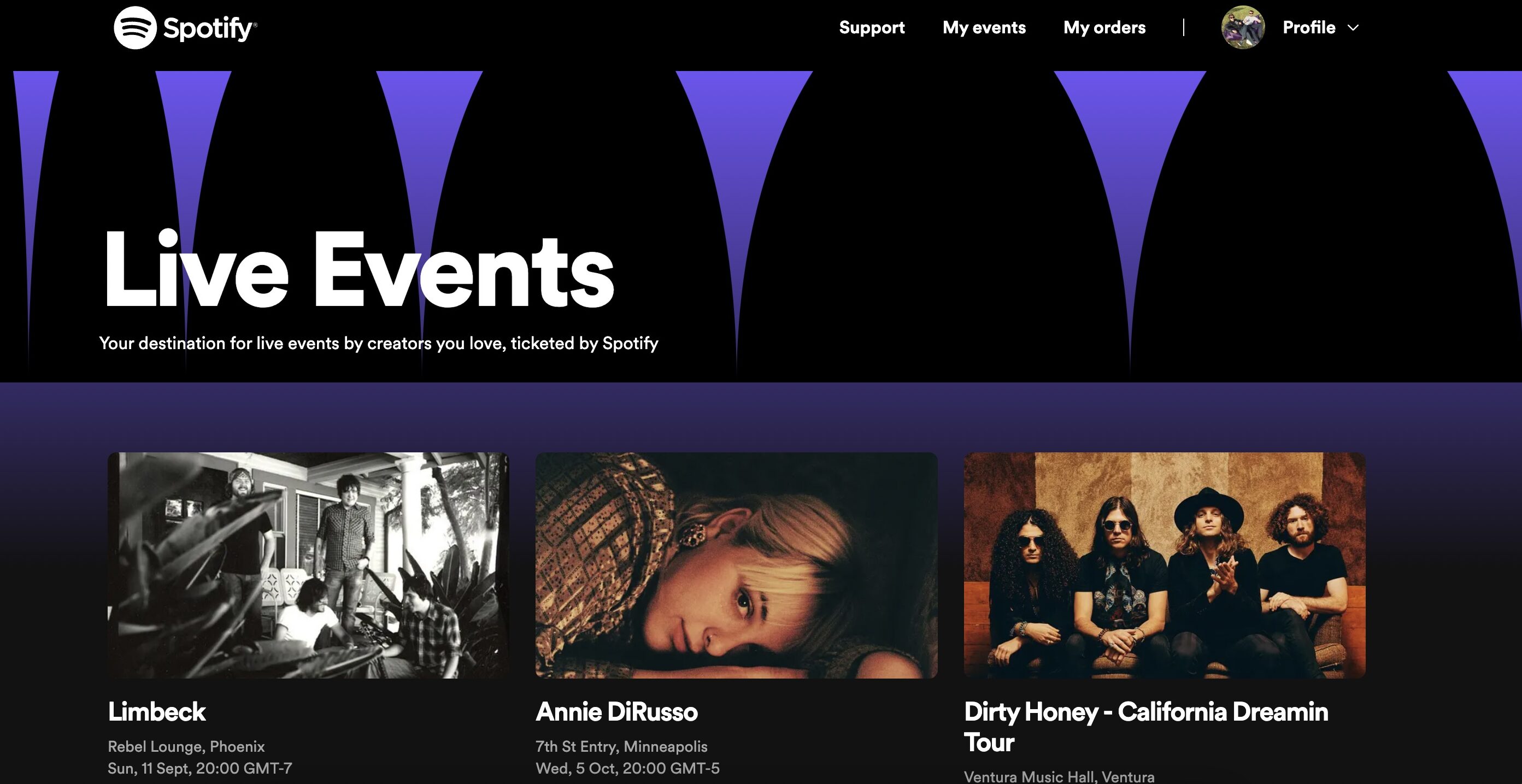 Looking to the rest of the year, the company shared the claim that “2022 is on track to be the biggest year in live music history”.

Fans will need to have a Spotify account to submit an order for a ticket to one of the events listed on the site, and if they don’t, they’ll need to register for a free account with the platform before they can do so.

In a statement, a Spotify spokesperson suggested that the ticket-selling trial may or may not be expanded beyond this initial test.

“At Spotify, we routinely test new products and ideas to improve our user experience,” they said. “Some of those end up paving the path for our broader user experience and others serve only as important learnings.”

The D2C ticketing test comes at an interesting time for the streaming platform.

“With shows coming back, and listeners excited to see their favorite artists perform live again, we think this is the perfect time to explore new ways that Spotify can further support the industry.”

Speaking at the time of the Live Events Feed launch, Spotify’s Senior Director of Live Events, René Volker, said: “We know how important live events are to creators and to the broader music industry, and how much live has suffered during the pandemic.”

Added Volker: “With shows coming back, and listeners excited to see their favorite artists perform live again, we think this is the perfect time to explore new ways that Spotify can further support the industry.”

Within Spotify’s ticketing terms and conditions section, the company states that it sells tickets “on behalf of third parties which can include venues, event promoters, fan clubs and artists” and that the face value of tickets sold via its site is set by its event partners and not by Spotify.

Spotify adds that it “will not control the ticket availability or inventory stock”, and, in its “capacity as agent”, will “charge a booking fee” on tickets sold.

As noted by TechCrunch, some of the venues listed on Spotify’s ticketing page are members of US-based independent venues org NIVA (National Independent Venue Association), which it suggests, could mean that SPOT is ‘avoiding venues that are under Ticketmaster owner Live Nation’s distribution’.Music Business Worldwide