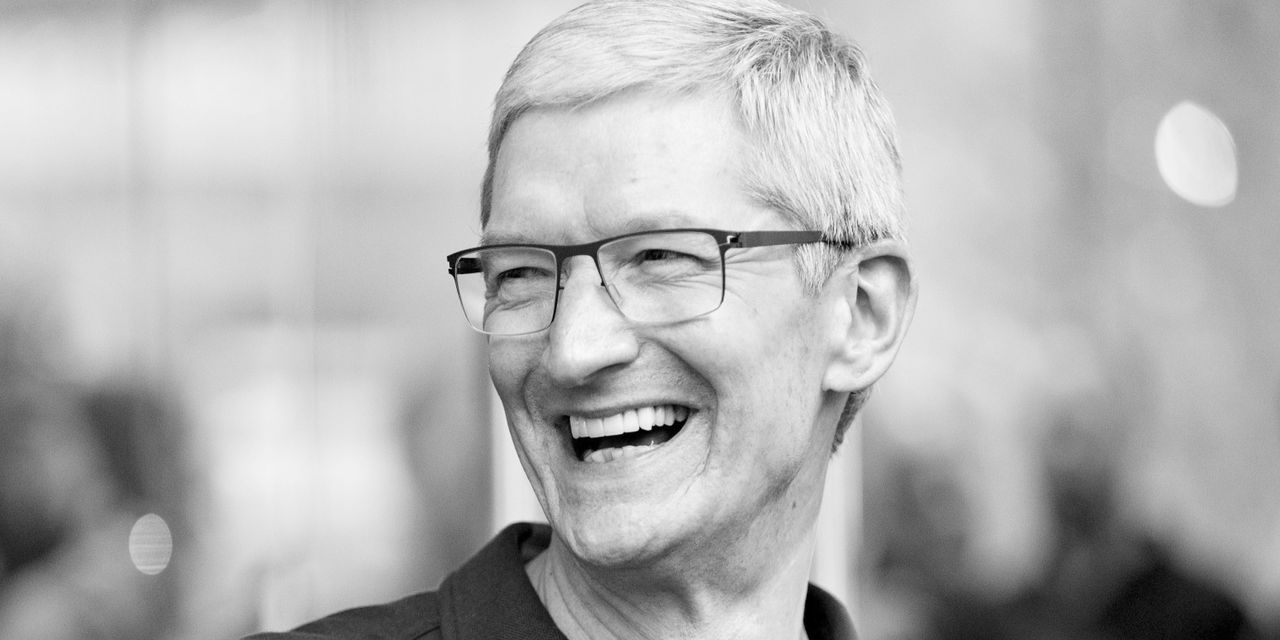 shares haven’t escaped the 2022 bear market: The stock is down about 20% year to date. Nonetheless, Apple remains the largest U.S. company by market cap, at $2.3 trillion, with most of that generated during CEO Tim Cook’s 11 years at the helm. And Cook sees many opportunities ahead.

More than half of Apple’s revenue comes from the iPhone, with an updated lineup due this fall. But Cook, 61, has been pushing in new directions, including an aggressive expansion into new services. Apple now offers streaming video, music, and games, along with credit cards, digital payments, and other financial services. He has also re-energized the Mac business, shifting the iconic computers away from

Cook’s challenge is to move the growth needle for a company with nearly $400 billion in annual sales. Apple is rumored to be working on cars, although for now the focus is on automotive software. At Apple’s recent developers’ conference, the company unveiled an aggressive expansion of its CarPlay platform, which connects iPhones to cars, to include every display in the cockpit.

Meanwhile, attention turns to augmented and virtual reality. While Apple hasn’t officially announced plans, Cook recently hinted that AR/VR glasses are on the way. “I could not be more excited about the opportunities in this space,” Cook said in a recent video interview with China Daily. “Stay tuned and you will see what we have to offer.”