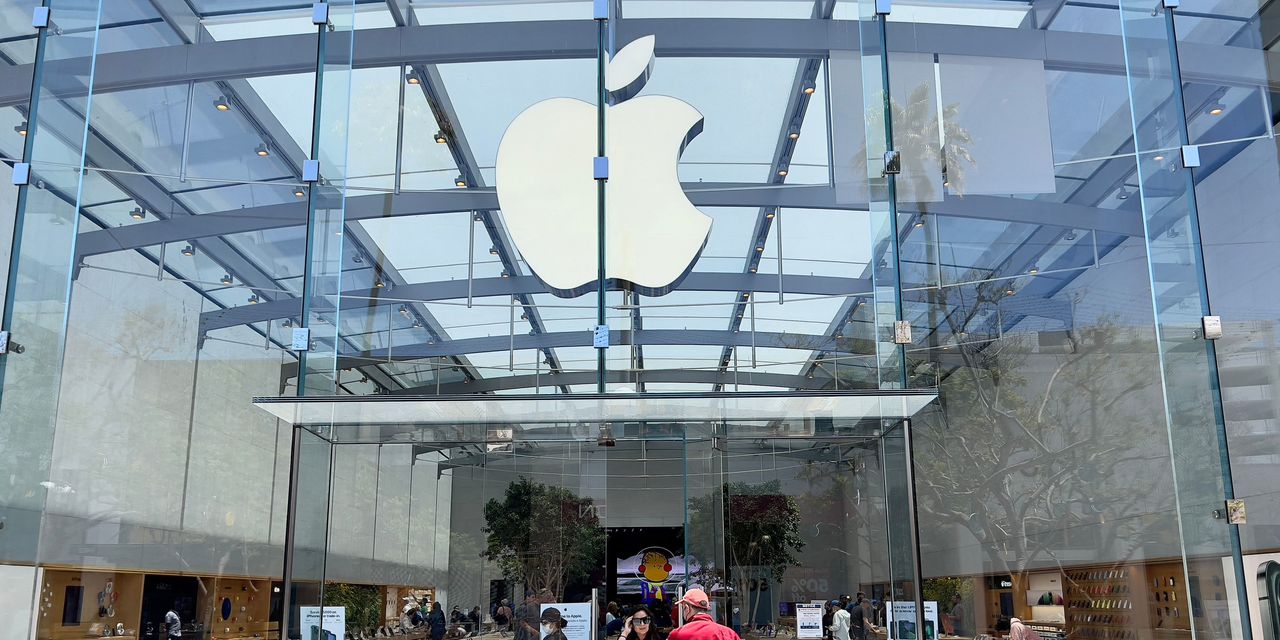 will report June quarter earnings late Thursday, and CEO Tim Cook will face questions about everything from currency headwinds to slowing Mac sales.

The company faces considerable crosswinds. For starters, with a higher reliance on consumer sales than other technology hardware companies, Apple (ticker: AAPL) can’t fully escape the impact of a slowdown in consumer spending. Recent reports from both the memory chip company Micron Technologies (MU) and market research firms IDG and

suggest there has been a sharp slowdown in both smartphone and personal computer sales. But there have also been reports of strong iPhone demand in China, and the supply-chain issues the company has endured in recent quarters appear to be easing.

In reporting March quarter results, Apple CFO Luca Maestri told investors to expect a $4 billion to $8 billion drag on sales from supply constraints in the June quarter, but the current thinking on the Street is that the actual impact will be at or below the bottom end of that range.

On the other hand, Apple had projected unfavorable currency exchange rates would reduce sales by nearly 3 percentage points, but the actual figure is likely to be a couple of points higher than that. Maestri said that services revenue in the quarter would be up double digits, but at a slower rate than in the March quarter, and he notes that the company’s exit from Russia would reduce sales by about 1.5 percentage points in the quarter.

But in a research note on Tuesday, BofA Global Research analyst Wamsi Mohan wrote that he sees potentially “large headwinds” in the September quarter from inflation, foreign exchange rates and deceleration of the company’s services business. He thinks the company will beat Street estimates for the June quarter, but adds that September quarter consensus estimates seem too high—he’s modeling revenue of $85 billion, nearly $5 billion below the Street. Mohan keeps a Buy rating on the stock, but cuts his target to $185, from $200.

Apple stock has been trading lately around $150 a share. It is down about 14% for the year.

analyst David Vogt recently raised his June quarter financial forecast to reflect milder-than-expected supply-chain issues. He contends that “iPhone and Mac unit demand is notably stronger than previously expected,” but with some offset from the strong dollar.

From here, Apple investors turn their attention to the expected September launch of iPhone 14-and the eventual arrival of mixed-reality glasses, likely early in 2023.