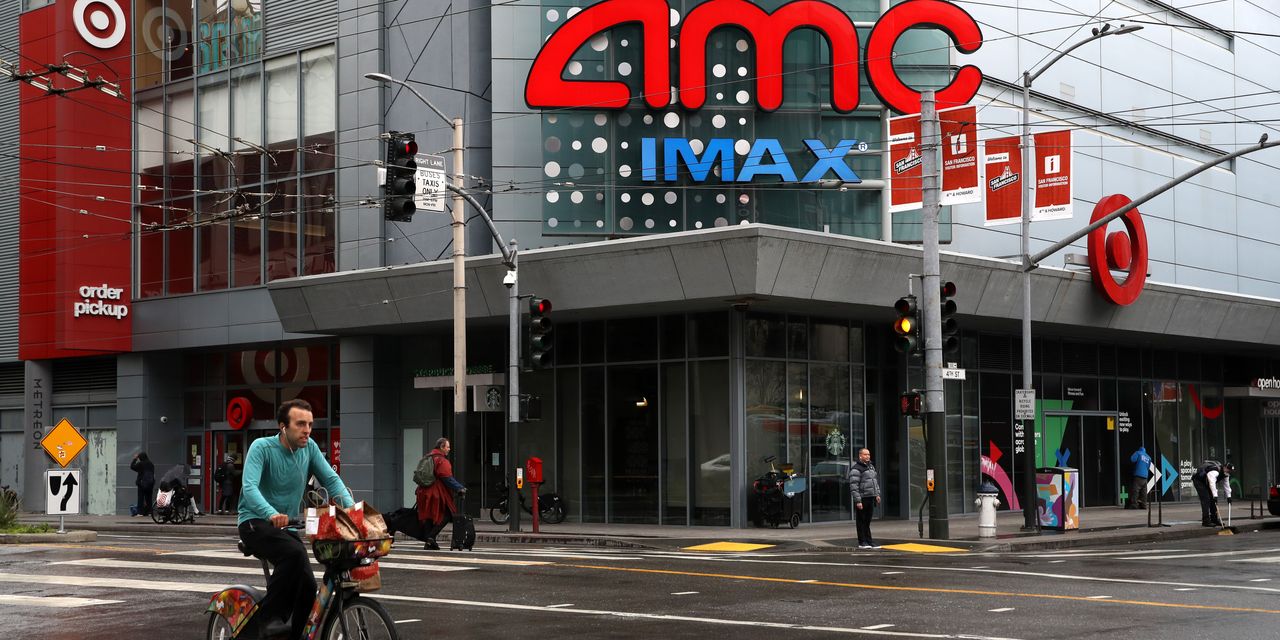 
Meme stocks are back on the menu. Shares of

leapt Monday in a resurgence of the frenzied buying that took them through the roof early last year.

The jump in AMC was the movie-theater stock’s largest daily percentage increase since June 2, when it rose 95%, according to Dow Jones Market Data. The surge moved the shares into positive territory for the year to date, with a gain of 7.9%, though they are 53% off their one-year closing high of $62.55, reached on June 2.

The meme-stock designation dates back to early 2021, when small investors exchanging tips, memes, and inside jokes on Reddit forums spurred a flurry of buying that lifted certain stocks enough to force hedge funds and other institutions that had bet against them to buy. GameStop was the poster child for that meme mania. but other companies, including AMC, surged as well.

Though many analysts and institutions moved on from such stocks after their initial pops last year, AMC and GameStop still have plenty of dedicated supporters.

It’s a fool’s errand trying to explain meme-stock movements, given the complexity of social-media chatter, short interest, and options trading activity, but the core meme stocks do often trade as a basket. The run for GameStop last week—the stock recently turned positive year to date—may have helped spark interest in AMC among traders.

The theater chain surprised investors earlier this month when it announced an investment and a partnership to help Hycroft Mining, which has gold and silver deposits in Nevada, raise cash and manage its debt. The Wall Street Journal reported after the market closed on Friday that Hycroft has raised roughly $140 million by selling shares since AMC bought its own stake. AMC CEO Adam Aron told Reuters in an interview published on Monday that more “transformational” deals were in the works.

GameStop, meanwhile, has gotten a lift from news last week that Chairman Ryan Cohen bought 100,000 shares. Insider purchases are often a bullish signal because they show executives are backing up their expectations with their own cash. Cohen is also an activist investor pushing for changes at Bed Bath & Beyond.

Unlike AMC, which seems to be using money raised from its meme-stock status to pursue other investments, GameStop has been attempting to convert itself from a retailer into a technology company. GameStop plans to launch a marketplace for nonfungible tokens in the coming months.

Reddit traders were initially attracted to both stocks because short sellers had borrowed and sold a large proportion of the shares available for trading. Recently 15.33 million GameStop shares were sold short, or 24.4% of the float, according to data from S3 Partners. The short-selling analytics firm estimates AMC’s short interest at 109.15 million shares shorted, or 21.2% of the float.

“Our data is not indicating a short squeeze on either name as of yet,” S3 Director Matthew Unterman told Barron’s. In January 2021, at the height of GameStop’s surge, shares equivalent to 139% of the float at the time were sold short, according to S3 data.

Write to Connor Smith at connor.smith@barrons.com